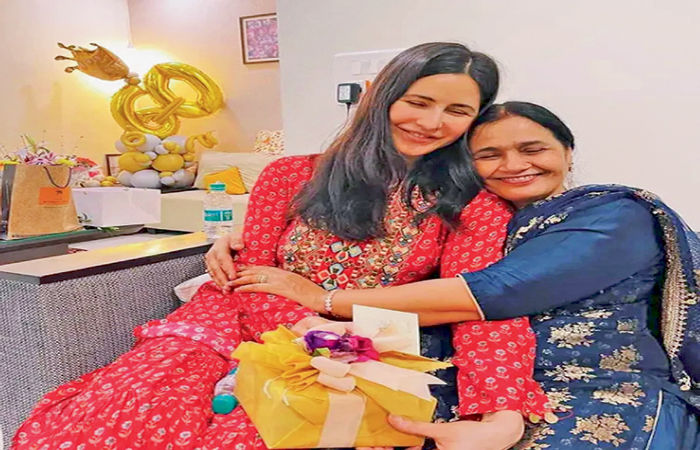 – Before marriage only knew how to make coffee

– Katrina and Vicky live separately but go to mother-in-law’s house and cook roti, sabji, rice whenever they get free time.

MUMBAI: After marriage, many girls turn into full-fledged housewives. Bollywood star Katrina has also started transforming herself into an ideal housewife. Katrina, who could only make coffee herself before marriage, has now learned to cook all kinds of food. Originally a British citizen, Katrina is now posing as an Indian bride.

Before marriage, Katrina only knew how to make coffee. But now she has learned to make many varieties of roti, Punjabi sabji and rice. Vicky Kaushal’s mother i.e. Katrina’s mother-in-law has taught her all Punjabi cooking and within six months she has mastered the art of cooking.

Vicky Kaushal’s parents live in Andheri. After marriage, Vicky and Katrina have shifted to an apartment on Juhu Tara Road. However, whenever there is free time, Vicky and Katrina reach Andheri and there the entire family enjoys a feast of Nitanwa food. Katrina learned cooking from her mother-in-law and now she herself feeds her mother-in-law by making her favorite dishes.

Katrina and Vicky Kaushal got married last December at a private property in Sawai Madhopur, Rajasthan. Vicky and Katrina never made their relationship official before marriage.