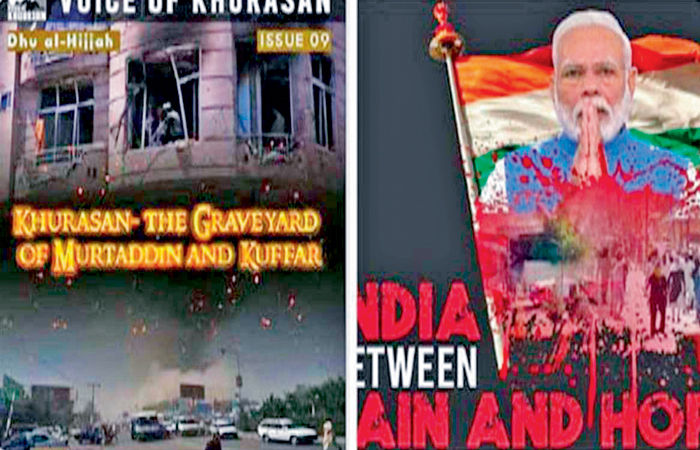 – After the report of the agencies, Bihar Police was alerted

New Delhi: When Prime Minister Narendra Modi visited Bihar and Jharkhand, he was targeted by terrorists, it has been claimed based on some evidence received by the agencies. Not only that, as many as eight BJP leaders are also on the target of Islamic State terrorists, the agencies said. Leaders who are constantly in the limelight due to their statements are on target.

There are reports that eight BJP leaders including Giriraj Singh, Ashwini Chaubey, Haribhushan Thakur, Sanjeev Chaurasia are on the target of IS terrorists.

This information was given to the media by an official. On the other hand, some evidence has also been found. According to reports, attacks on BJP leaders have been mentioned in an Islamic magazine. So the secret agencies have alerted the Bihar Police.

In the letter alerting the police, it is stated that The Khurasan Diary has tweeted that the Islamic State of Khurasan Province (ISKP) also has Prime Minister Narendra Modi’s picture on its cover.

In this pamphlet of Voice of Khurasan, the attack on Indian leaders has been mentioned. Apart from this, Amir Ghazi Khalid, the new commander of Ansar Gajawatul Hind, has also issued a dangerous statement through the Telegram channel. In which an attempt has been made to incite the youth of Indian Muslims. On the other hand, the address and mobile number of the suspended BJP leader Nupur Sharma have also been found in the seized mobile from Athar Parvez, one of the country’s anti-nationals operating under the guise of PFI and SDPI in Patna. He had also done Reiki of Nupur’s house in Delhi. In which some members of SIMI are also involved. As the sleeper cell has become active in Bihar and Jharkhand, the police has also been alerted.