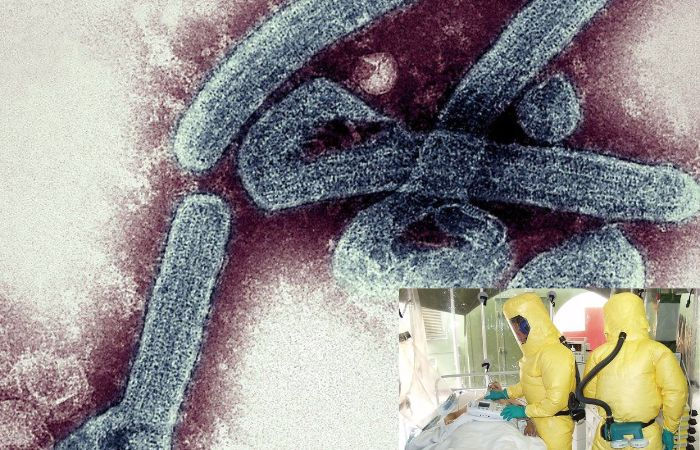 After the corona virus spread from the world, schools and offices were started again gradually. After corona virus, new viruses also came one after another, for which there is no cure. Now the infection of Corona has not been completely eradicated. There are currently 4,37,50,599 cases of Corona in India, where a new virus has entered.

A new virus that is more deadly than Ebola and Corona virus is called Marburg. It has been confirmed in two people in the West African country of Ghana. Along with this, 98 people who came in contact with the infected have been kept in quarantine in Ghana as suspected. That being said, no vaccine or treatment yet exists for the highly lethal Marburg virus.

A case of the Marburg virus has been confirmed by health officials on Sunday. He says that a dangerous virus like Ebola has been seen for the first time in the West African country of Ghana.

According to Ghana Health Service officials, there is currently no drug or vaccine for this Marburg virus. It is as deadly as Ebola.

In early July, 2 people living in the Ashanti region of Ghana were suspected of being infected with this dangerous virus. After this, his blood samples were sent to him for testing. According to the Ghana Health Service, the samples were sent to the Pasteur Institute in Senegal. It has since been confirmed as Marburg virus.

-This virus can cause fever and headache

-People are advised to isolate themselves immediately if they come in contact with an infected person.

– The death rate from this virus is also high.

When this virus was discovered, its death rate was 24 percent, but now it has increased to 88 percent.

– So far 98 people who came into contact with infected people in Ghana have been kept in quarantine.

Earlier in September 2021, the first case of this virus was reported by the World Health Organization (WHO) in Guinea. Earlier cases were found in Angola, Congo, Kenya, South Africa and Uganda.

Officials say that apart from two cases, no new cases of Marburg virus have been reported so far.

Spread to humans through animals

Officials say that this virus spreads to humans through animals. These animals also include bats. People have been appealed to avoid going into caves where bats live. Also, eat all types of meat only after cleaning the meat thoroughly.