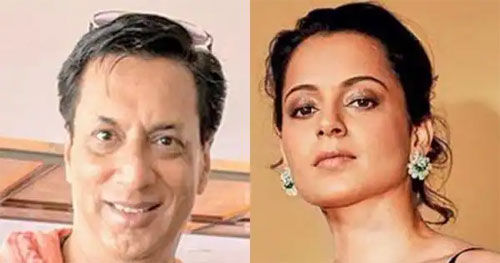 – Original producer folds as women centric films don’t work: Now the search is on for a new producer

Kangana is acting for the second time in Madhur Bhandarkar’s film. Earlier she has worked in Madhur’s film Fashion. However, she was not in the lead role of Kang in the film.

Madhur Bhandarkar is making a film on a Kashmiri singer who was killed by terrorists. He found Kangana to be the most suitable actress for this role.

However, recently some women centric films with a female character at the center of the film have failed miserably. Hence, the original producer of the film is said to have withdrawn from the film production. Hence, another producer is being sought for this film.

Kangana herself is currently busy with her home production film Emergency. On the other hand, Madhur Bhandarkar’s film called Bubbly Bouncer is also going to be released on OTT. After that, there are possibilities that Madhur and Kangana will get busy in the creation of the film.