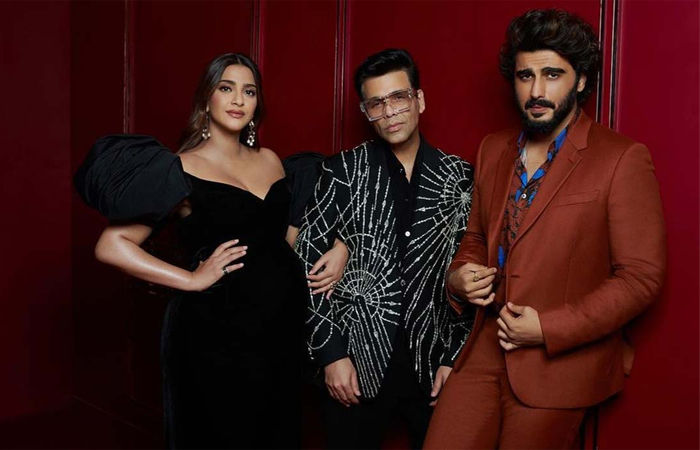 Sonam Kapoor and Arjun Kapoor will be seen making funny revelations in Karan Johar’s famous chat show ‘Koffee with Karan’. Sonam is pregnant these days and will be seen in a show for the first time after the pregnancy announcement. His arrival had been discussed for a long time. Finally the promo of the show is out. On August 11, the brother-sister duo will be seen making one revelation after another in front of the audience and glimpses of it are being seen in the promo.

This is not the first time that Sonam Kapoor and Arjun Kapoor will be seen together in Koffee With Karan. Karan shared a video of the upcoming episode and captioned it, ‘This episode is about S and M which Sonam expressed surprise about’.

On the other hand, Sonam Kapoor also shared the promo and 2 pictures on Instagram and wrote in the caption, “Oops, I’m so confused!” Repost This episode is about S and M, a hilarious and heartwarming revelation. Watch Hotstar Special Koffee With Karan Episode 6 7 this Thursday at 12 PM only on Disney+ Hotstar.

At the start of the promo, Karan Johar introduces Arjun and Sonam saying ‘Oh my god there’s SNM on the couch. Next, Sonam asks Arjun, ‘What does he think is the worst about me,’ to which Arjun says, ‘You don’t give anyone a chance to praise you and you start praising yourself. ARJUN Am I looking good? Arjun Am I looking gorgeous in this dress? On that Sonam said yes Karan that I am Anil Kapoor’s daughter.

Sonam Kapoor revealed that, ‘Her brother has slept with all his friends and now there is none left. Surprised at that, Arjuna says, what kind of sister are you? what are you talking about me The latter says, I think the show has been called so that Sonam can troll. This funny chat show of siblings will premiere on Thursday.