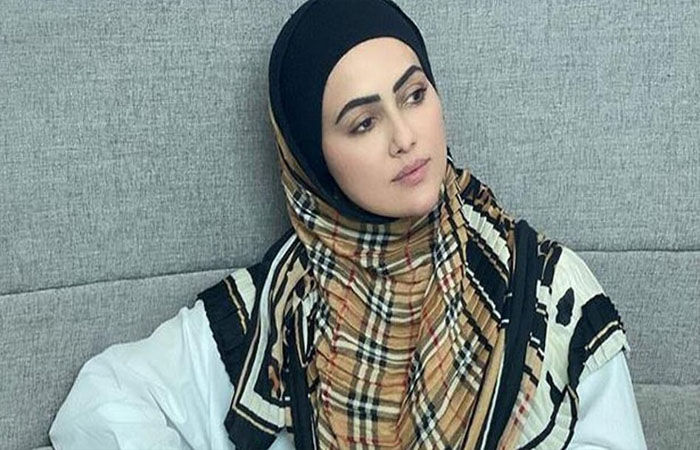 – I had everything, I could do whatever I wanted but I had no peace of heart: Sana Khan

Everyone was stunned when actress Sana Khan announced her retirement from the glamor world. Then he suddenly announced the marriage. This announcement was very shocking for all. Recently, Sana told how a sudden change took place in her and she decided to wear hijab. Sana reveals that she has depression. A video of it has gone viral. In this video, she was seen telling about the upcoming changes in her life. She has also said that she is very happy to have returned from Hajj.

Sana Khan participated in Bigg Boss-6. She was also seen in the movie ‘Jai Ho’ with Salman Khan. Apart from this, he also gained fame due to some item numbers. However now she is always seen in hijab. Sana said in her viral video, “In my old life, I had name, fame and money.”

Although I could do whatever I wanted, I had no peace of mind. I used to think I have everything but why am I not happy? That time was very difficult for me and I was also depressed. There were some days when I received messages from Allah as a sign.

Sana had dreams of the grave

Sana further states that in the year 2019 it was the time of Ramzan. At that time I was seeing a grave in my dreams. I could see a burning grave and I was inside it. I felt Allah was giving me a hint that if I don’t change myself then this is how I will end up. It made me anxious.

And I started wearing hijab

Sana said, I used to listen to the grandiose speech. One night I read a very good sentence. There was a message that your last day should not be your first day of wearing hijab. This touched my heart. Saying this, Sana started crying. I promised myself to always wear hijab. The next day was my birthday. I bought a lot of skirts. I put on a hat, put on a scarf and told myself I would never take it off. Recently, Sana has returned from Hajj with her husband Anas Saeed. He said, I am happy that now I have changed. I will never take off my hijab.