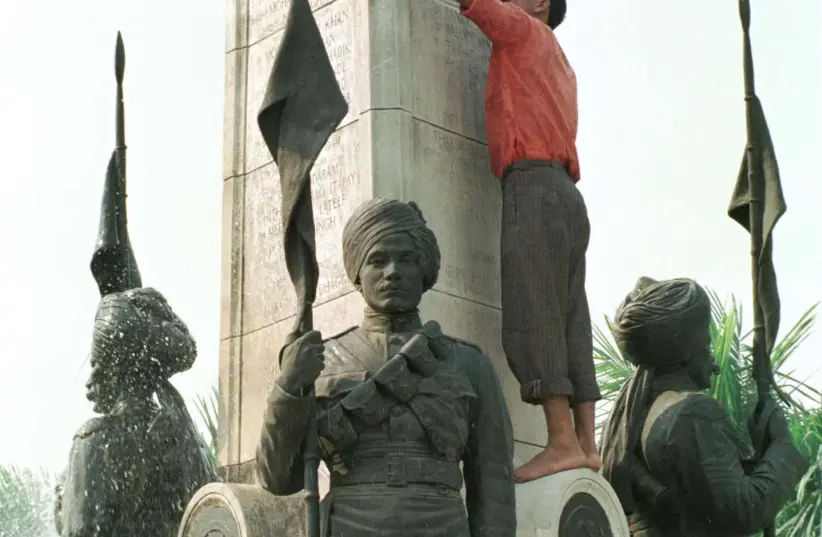 During the First World War in 1918, 8 Indian soldiers were martyred and 34 were injured to liberate Haifa City from Turkish occupation. This place in Israel is known today as the Indian Soldiers Memorial. The Indian Cavalry Brigade had an important contribution in the Battle of Haifa City.

Haifa Day is regularly observed by the Indian Army every year to commemorate the martyrdom of soldiers in this Haifa. Cavalry troops from Jodhpur, Hyderabad and Mysore princely states took part in this battle. Although the country called Israel was not formed at that time, Haifa is today the third largest city in Israel.

On 23 September 1998, British Indian cavalry captured the city of Haifa and attacked the Ottoman Turks. In this battle, the Turkish army was equipped with weapons like machine guns and artillery. While the Indian soldiers had traditional weapons like spears and swords. However, the soldiers showed bravery and defeated the Turkish soldiers. Apart from this, Haifa also has a memorial to the 49 Rashtramandal soldiers during the First World War.

Regarding the contribution made by the men of the brigade, History of the Haifa War has written that the Indian Cavalry fought with extraordinary valour. Even machine gun bullets could not stop these cavalrymen from advancing.

Today Haifa city with a population of 2.85 million is home to Jews, Arabs and Russian immigrants. Haifa Port was known as a major trading center until 1948, when the entire area was occupied by Britain. Haifa was also an important center in the Arab-Israeli war of June 1948. It is still the second most important port city in Israel today.