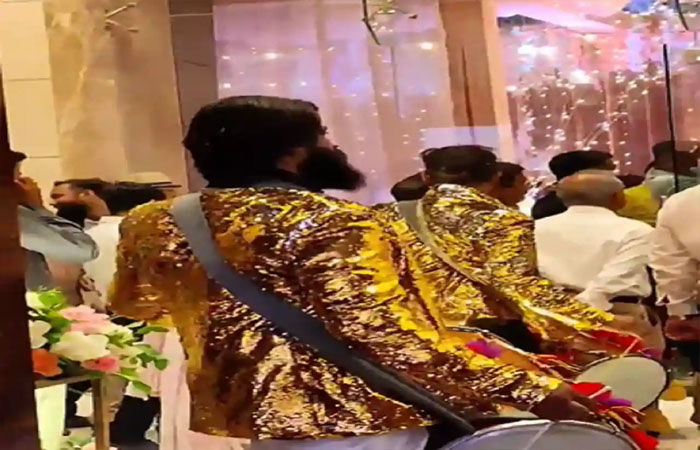 KGF Chapter 2 has also become a super hit at the box office.

KGF Chapter 2 Hero Rocky Bhai has millions of fans and people even try to copy his swag. Amid the Rocky Bhai craze, a video of a man playing drums at a wedding is going viral and people are mistaking this person for Rocky Bhai.

The video of this person who looks similar to Rocky was shared on a page called Lost Traveler on Instagram. People are having a lot of fun.

The first part of Kannada actor Yash’s film Rocky Bhai was released in 2018 and since then people have been waiting for the second part.

The video of Rocky Bhai’s duplicate has gone viral and in it he is seen wearing a golden color suit.