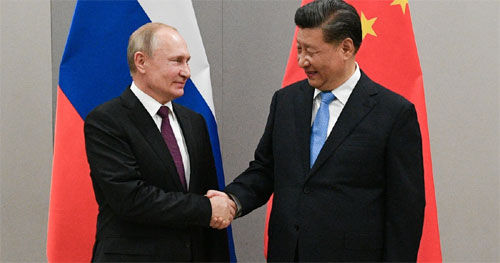 Growing Russia-China rapprochement Japan’s ‘defense letter’ warns of rising global tensions over Russia’s ongoing war with Ukraine and China’s ‘calculations’ over Taiwan. Along with this, the letter presented on Friday emphasized on increasing Japan’s defense capability and allocating more funds for defense.

This is Japan’s annual ‘Defense-White-Paver’ Friday. Prime Minister Fumio Kishida’s cabinet approved. It has emphasized on increasing Japan’s defense capability, while expressing concern over Japan’s security, and has called for doubling this allocation in the coming years’ budget.

Japan is now changing its military-strategy. It emphasizes on enhancing pre-emptive-strike capability. Critics say that this is a movement outside the limits of Japan’s peace-constitutions.

The report described Russia’s war with Ukraine as a grave violation of international law, and therefore likely to affect the status quo in the Indo-Pacific region as well. It has also been said that China’s extensive and rapidly growing military power poses serious concerns and threatens to upset the global balance of power. The report fears that Russia’s invasion of Ukraine could be a precursor to a China-Taiwan situation that could affect Asia. Hence the tension between China and America is increasing. China considers independent Taiwan as its own territory and is ready to use force if necessary to unite it with China. Apart from this, China also claims Japan’s Senkaku Islands in the East China Sea. In China, this island is called Diaoyu.

Also mentioning the growing closeness between China and Russia, this report states that not only Japan or other Asian nations, but the whole world is afraid of unrest.