The world is mourning the assassination of former Japanese Prime Minister Shinzo Abe, but China’s media is in a frenzy. Shinzo Abe was Japan’s longest-serving prime minister. Hence it was very well known internationally. The Chinese media is also taking a hard line with regionalist China, which is why it is taking a hard line. The murder is being celebrated on Chinese social media.

However, the Chinese authorities had to make it clear that no control could be exercised over social media. The Global Times, China’s official mouthpiece, has also tried to justify Abe’s assassination. The Global Times wrote that for some reason anti-Ambe opinion has always existed in Japan. 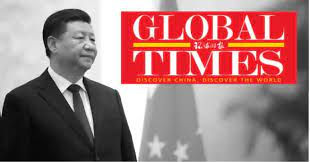 There has also been dissatisfaction with the wealth gap and military policies, especially due to Abenomics. The mouthpiece also said that Japan’s southern powers could use the incident to accelerate conservative change in Japanese politics.

Proponents of mango will continue to pursue an independent and open Indo-Pacific and such policies, which will pose further threats to geopolitics and security. Experts have also been quoted as saying that the killing of Shinzo could bring sympathy to the conservative forces. Killing in broad daylight can cause economic and social differences in Japan.