Massive stars are forming all around the galaxy 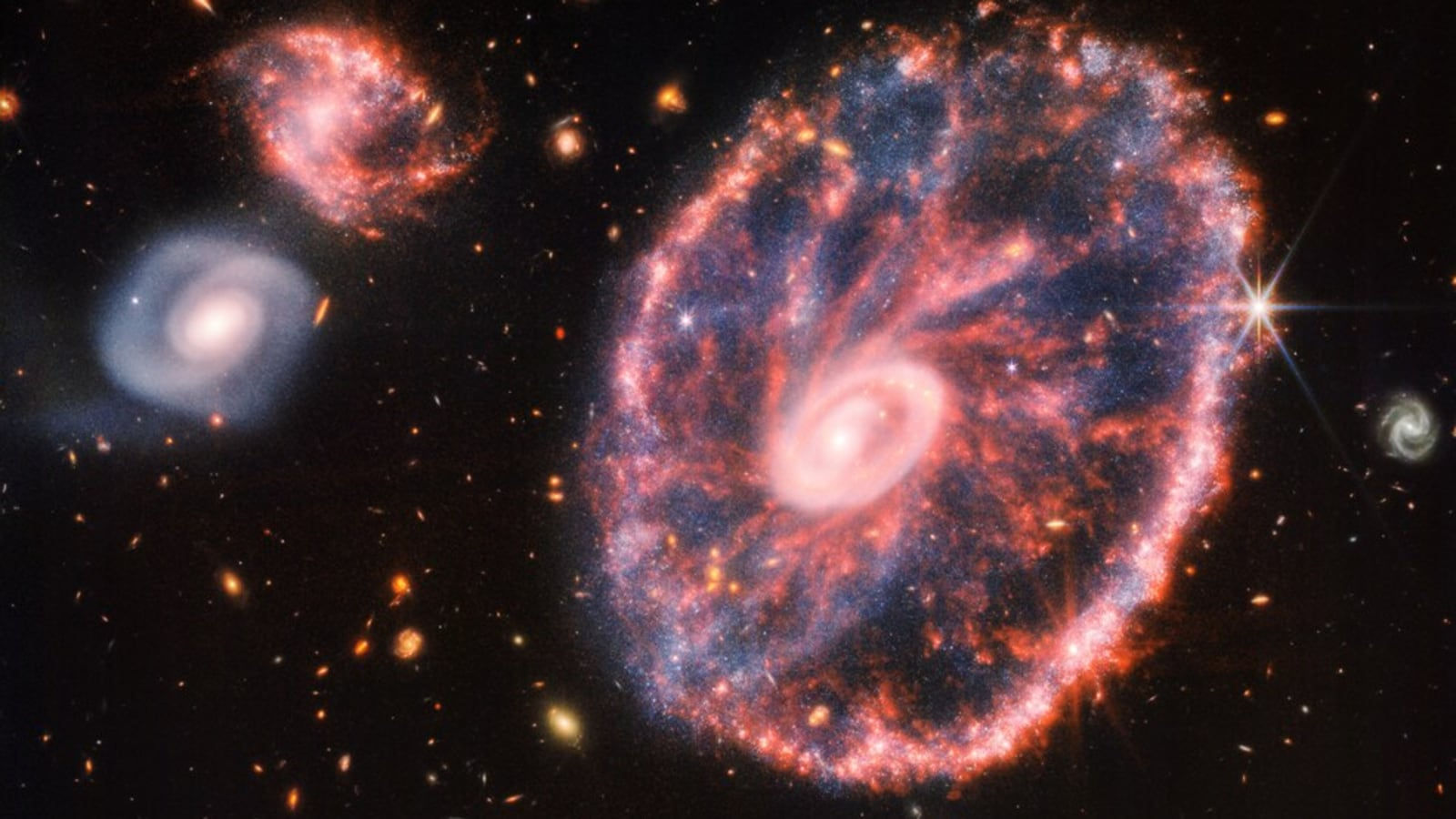 The James Webb Space Telescope has been getting beautiful pictures one after another since it was sent into space. The view seen in these pictures is proving to be very important for space exploration. Recently sent by the James Webb telescope of the American space agency NASA, this is a galaxy that looks like a giant chariot wheel. It seems as if some great cycle is turning.

Within this spherical galaxy, stars are being born. Space scientists have named it Cartwheel which means chariot wheel. Hubble, the first telescope operating on the Cartwheel Galaxy, also conducted research, but James’s photo results are much better than Hubble’s. According to researchers, there is a giant black hole at the center of the Cartwheel Galaxy.

A blue light is seen at the place around which the stars are being formed. Gas and dust are ejected from this galaxy. There are also specks of dust around. This galaxy is located 500 million light-years away in the constellation Sculpture. It is believed to have collided with another galaxy 70 to 100 million light-years ago, changing its shape to resemble a chariot wheel.