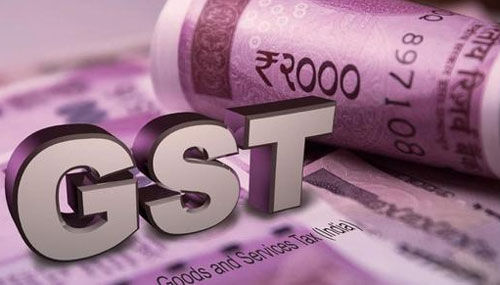 Under the GST Act, there is a basic provision for taxation. In addition, a complex question arises as to whether interest has to be paid under section 30 at the time when a tax invoice is wrongly sought and returned. The state had a tax objective behind the introduction of GST law by the government but GST has been split. Today’s article discusses whether the dividend is reversed and whether interest is to be paid.

Input tax as per section 3 (2) of CGST Act means Central tax, State tax, Integrated tax or Union territory tax and IGST and reverse charge on import. Input tax does not include only composition tax. Input tax credit as per section 3 (3) of the CGST Act is the branch of input tax which is defined in section 6 (2). Thus, since all GST has been included in the input tax credit, provision has been made under Section 18 of the CGST Act to incur CGST, SGST / UTGST and IGST tax deductions. The term “input tax credit” is used in Section 13 of the CGST Act. There is no discrimination in the division of CGST, SGST / UTGST and IGST or special provision for each heading. Taxpayers get the same amount as the tax paid under the heading. There is a special provision in the GST Act regarding the use of tax. Under section 4. Section 3A of the CGST Act provides for taxation which stipulates that the tax deductible of IGST can be used against all taxes, the deductible of CGST can be compensated against CGST and IGST and the tax deductible of SGST can be compensated against the liability of SGST and IGST. After that, what is the first use of the deposited tax under section 3B and the method of use is given by the rules.

Thus, for the supplier, Verashakh means CGST, SGST / UTGST and IGST. Now if we have to check the provision regarding interest, we have to go to section 30.

Under section 30, when the dividend is reversed so that the provision of 15% interest is implemented, it is imperative that interest be charged only if the amount is paid in currency. For example, when the supplier has ample amount of IGST deposit and when reversing CGST and SGST, there is no balance in the credit ledger of CGST / SGST. Section 30 does not discriminate for CGST, SGST / UTGST, IGST and as per previous Central Excise Act there is no discrimination for tax and cess as well as in CGS, SGST, IGST.