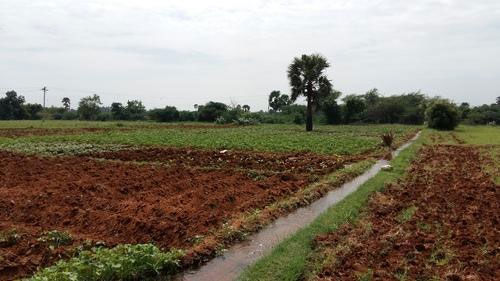 – Daughter’s children in ancestral agricultural land will get farmer status due to revenue department’s decision.

The Land Revenue Act relating to land/property and the rules of title deeds thereunder are the laws governing the collection of land revenue and land and the basic principle is to uphold the title deeds unless contrary is proved. While the Governing Act regarding property and inheritance as well as religious property rights, Transfer of Property Act, Indian Succession Act, Registration Act, Hindu Law etc., transfer of property and legal inheritance rights under the definition of family in these laws, jurisdiction of civil court, instrument, medium of transfer of property etc. . Sale, gift, gift, bequest, etc. and any matter determining the ownership or share which the Civil Court orders under this Act shall be binding on the parties and shall be recorded in the title deeds as per rules. Thus all land/property holders are regulated as per the Land Revenue Acts and other laws mentioned above relating to the land/property held by them. Mutation entries under the Land Revenue Act are made and approved with the consent of the parties, i.e. the purpose of the government is to keep the revenue records up to date and from whom the revenue is to be collected. While for the parties without going to the Court of Law, the names of the parties having the rightful interest are entered under the rules of title deeds on the basis of sale / gift / will and it is known as revenue title.

According to Hindu Law – 1956, daughters have the same right to land/property as sons do in ancestral father’s property. The 2005 Amendment Act has also given it retrospective effect. Generally, in our country, as it is a patriarchal society, as the daughter gets married and goes to her father-in-law’s house, it is the duty of the father to fulfill his responsibility by marrying off the daughter, giving her a job, and dealing with the subsequent welfare occasions. Then the daughters were shown as heirs in the generation, but the inheritance was also changed accordingly by taking a statement and waiving their rights.

This situation is shown to prevail. In the present title rules, the names of all the legal heirs, including daughters, are entered in the inheritance after the death of the paternal or ancestral land holder.

In view of the above, on the death of the land/proprietor, the standard of succession is part of keeping revenue records up to date and succession is done accordingly to all the legal heirs. But in the present time inheritance is done on death but before that when there are occasions of entering names in partnership/community and instead of registering such transactions with the consent of all interested parties Circular dated 14-3-2016 of Revenue Department :- Hakap-102016- According to 1017, a circular has been issued to introduce the procedure of inheritance, self-acquired, right from inheritance, distribution, redistribution and entry of right in survivorship in agricultural lands and according to that, most of the different types of transactions, in case of inheritance, distribution Rs. 300/- with the consent of all the parties on the stamp paper and according to this the daughters can also voluntarily claim their right after inheritance from the ancestral agricultural land with their consent. Similarly, after the death of the father, if the daughter’s name is left to be entered in the inheritance for some reason, the name can be entered after taking the consent of all the interested parties. Recently, the revenue department has taken an important decision, in the perspective of this circular, the children of the father of the father of the inherited property can also get a stamp paper of Rs.300/- by canceling the stamp duty which was levied at the rate of 4.5% earlier on the occasion of redistribution. Such a decision has been taken.

Now the matter arises from the said decision that the daughter’s share has to be determined from the father’s ancestral agricultural land along with other legal inheritance and the daughter’s children are the rightful partners. E.g. A daughter’s children do not get a share in land belonging to other brothers or joint sharers/partners, because according to the Indian Inheritance Act and Hindu Law, the heirs of Hindu undivided family and blood relations who are equally entitled to brothers and sisters are entitled to share in the ancestral agricultural land or other property of the father and Accordingly, if the daughter’s children get a share in the daughter’s share or if there is consent of all the interested parties as per the rules of the charter, the new amendment will give the daughter’s children Rs. 300/- as per the amendment made by the revenue department recently providing for entry of name except after registration on stamp paper, name can be entered. This decision will also make it so that the children of daughters who do not have the status of Khedut Vhedar can also acquire the status of Kheedur due to the right of inheritance of the daughter.

Finally as mentioned revenue record notes are for ‘Fiscal Purpose’. When there is a dispute regarding land/property rights/ownership rights or legal shares, it is the job of the Civil Court to determine the rights/shares as per the provisions of Inheritance Act/Hindu Law and its decision is final regarding the ownership rights.