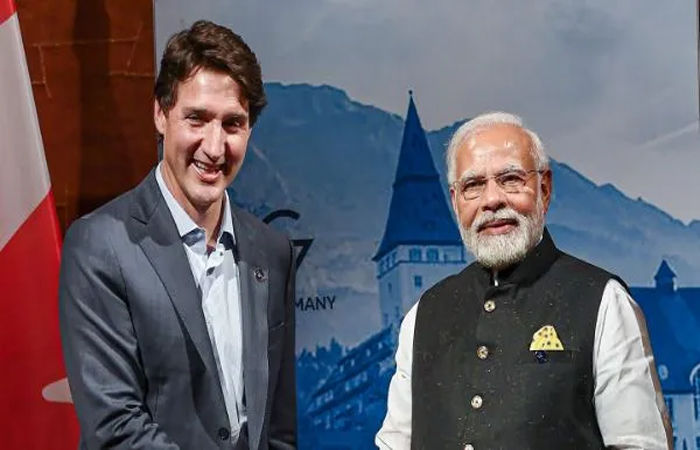 TORONTO: Canada must forge closer strategic ties with India or face disintegration from a leading democracy in the Indo-Pacific region, experts say . The Indo-Pacific region, on the other hand, is growing in importance. Therefore, it is in Canada’s interest to build forward relations with India to create a more secure and prosperous world, as international relations experts have made clear.

The review was provided by the McTonald L’Oreal Institute (MLI), a Canadian think tank based in Ottawa, and the Canadian daily National Post.

This was stated by Suvalaya Majumdar, Head of MLI’s Foreign Policy and National Security Program and Samir Patil of the Observer Research Foundation of India.

He wrote that while Biden and other leaders have been trying to increase Western cooperation with India, Canada has missed that step. That’s a lot of bad news.

The security of the area depends on the Aukus made in India, US, Australia and Japan, or the Indo-Pacific Economic Framework for Prosperity (IPEF) launched in March this year. Was. It may be based on above but Canada has also been excluded from the talks.

Russia’s invasion of Ukraine has prompted it to take Indo-Pacific security more seriously. Therefore, Asian democracies like India and Japan need to be taken seriously, said experts from those institutions.