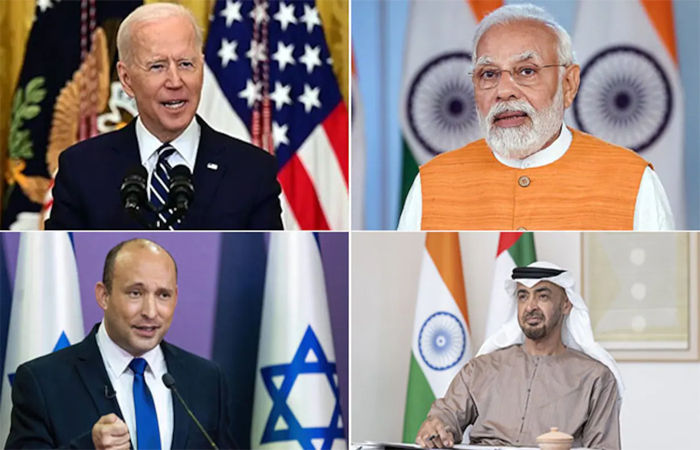 – The I2U2 group consisting of India, Israel, UAE and the US was formed in October 2021

JERUSALEM: The formation of the new I2, U2 group is becoming an important event. Especially if India joins it, it can be a game changer. As Israel’s former national security adviser, Major General Yarkov, Amidror told reporters.

India’s Prime Minister Narendra Modi is going to join the talks to be held on Thursday virtually.

The group is made up of India, Israel, UAE and the US and was formed in October 2021 at a meeting of the foreign ministers of the four countries. For this, Indian External Affairs Minister S. Jaishankar suggested during his visit to Israel.

At that time, the foreign ministers of the four countries agreed that the four countries should use their complementary strengths to find a way out of conflicting interests and strengthen cooperation. Apart from this, if there are new members of ‘Quad’, strategic partnership should also be formed with them.

It is well known that US President Joe Biden is scheduled to visit West Asia on Wednesday for a three-day visit. It is to be discussed in the I2U2 forum. At that time, Indian Prime Minister Narendra Modi is going to join it virtually. Regarding this, Israel’s former NSA reiterated that India’s participation in I2U2 will be a game changer. It will also develop the Abraham Accord. It will deepen cooperation in the Eastern Hemisphere including energy technology economic issues, food crisis.