– America became the largest source of inward remittances in India 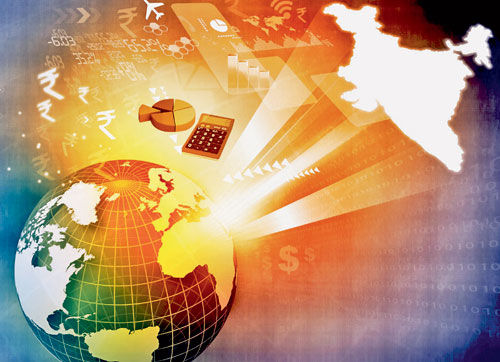 On one hand, the global prices of crude oil and commodities are firming, while on the other hand, the rupee is weakening, due to which India’s import bill is increasing. The country’s forex reserves have been hit hard for the past few months due to high import bills. The rupee has depreciated by more than seven percent against the dollar in the current year.

The perception of global recession, risk aversion and policy changes have put pressure on the rupee. In the week of September 3 last year, the country’s forex reserves were at an all-time high of $642.45 billion. Which has now come down to around 580 billion dollars.

The Reserve Bank has recently announced several measures to increase the forex reserves in the country. These include measures such as broad concessions to banks to raise foreign currency bonds from non-residents and removal of restrictions on short-term investment in government and corporate debt instruments by foreign investors.

A recently released report said that inward remittances in the country remained stable during the period 2020-21. Due to Corona, the speed of sending money to the country by Indian employees abroad has slowed down, so there was no significant increase in remittances. During the period of Corona, the white collar employees of India in the western countries did not lose their jobs, not only the governments there also provided them with social security, due to which the contribution of the employees of the western sector in the remittances in India has increased. On the other hand, in the period from 2016-17 to 2020-21, the amount of remittances from Gulf Cooperation Council countries has decreased from fifty percent to 30 percent, while the share of remittances from developed countries has remained at 36 percent of the total remittances. The US has become the largest source of inward remittances to India, leaving aside the United Arab Emirates.

Globally, the decline in blue-collar employment has been three times greater than the decline in white-collar employment. There is resilience in remittances in the country, however remittance flows from some countries where Indian employees have gone to work are still not at pre-Corona levels. Economies that rely heavily on labor faced adverse conditions during the Corona-related lockdown, not only that the condition of employees working in the unorganized sector and not getting social security also became difficult.

Software and business services, especially in the IT sector, due to India’s firmness in business services, there is an increase in remittances from this sector from America. India’s IT talent is more employed in America. Compared to semi-skilled workers going for employment in the Gulf regions, remittances from IT experts going to provide services in the IT sector in America and other developed countries are believed to be more. The country’s IT sector has got a wide opportunity in America.

Due to the favorable foreign policy of foreign governments, especially the US, our software and IT-enabled services exports have seen an increase in revenue. India’s IT sector has made significant progress as a result of the US policy on foreign workers.

As a result of the digital transformation around the world in the Corona period, the share of India’s IT and IT and built services sector in the dollar inflows from abroad is expected to be high in the coming years. If India wants to strengthen its financial position, steps must be taken to increase the flow of dollars including remittances. The situation is considered favorable for the exporters as the rupee falls against the dollar, but when not only the rupee but also the currencies of other emerging countries of the world have fallen against the dollar, the fact that exports have become competitive for India in recent days cannot be denied. So they become a big relief provider. It would not be wrong to say that workers’ remittances have contributed and continue to sustain India’s balance of payments position.

As the US lifts restrictions on some categories of visas, the number of business travelers from the country is increasing, which in turn has helped boost remittances. Software services exports have been a major contributor to remittance inflows in India, however, it needs to increase. The technology sector in the US is facing a shortage of experienced and trained employees and there is an increase in wages, so the technology sector companies in India have also taken advantage of this situation so that the increase in remittances is possible. On the other hand, increasing remittances from the low-skilled overseas labor force will have to bring down the costs involved in transferring money. With the development of online transfer methods in recent times, measures to make money remittance cheaper through this route could prove beneficial.