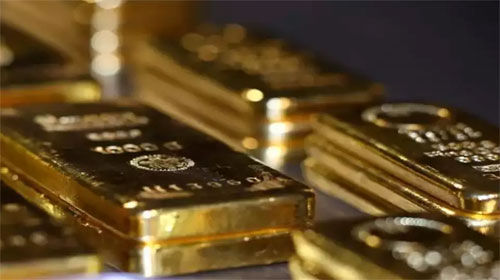 The central government has given a big shock to the bullion industries by increasing the import duty on gold from 7.5 per cent to 12.5 per cent on July 1, 2022. Besides, other local taxes including GST are also applicable on gold, so the total effective tax on the yellow precious metal is around 18 percent.

Clouds of economic slowdown, exodus of foreign investors and a steep decline in India’s foreign exchange earnings of $16.7 billion since March have forced the government to take this unexpected step. India has taken this decision just days after the G-7 group of countries announced strict sanctions on Russia, including on Russian gold exports.

Of course, the G-7 countries’ actions are unlikely to have any consequences, but the Indian action may have unexpected consequences. That means anyone can earn 15.85 percent in one trip by smuggling gold. The government has ignored the lessons of India’s own experience in the 1970s as well as the recent crisis in neighboring Sri Lanka to encourage gold smuggling.

In India in the 1970s, there was a high tax on the import of gold, so there was clearly smuggling of gold into the country. Indians returning from overseas travel, particularly from Arab bloc countries, routinely come back wearing gold jewelery within government-mandated limits.

Unfortunately, India is again repeating its past mistakes. More smuggling of gold also means that the underworld and terrorism can pave the way for money, which the Indian government is working hard to curb. The new measures could create a channel for black money. The Indian government should take a look at the neighboring country Sri Lanka while making decisions regarding markets. Before Sri Lanka defaulted on its foreign debt, its official exchange rate was $200. But in the second half of 2021, the central banks of various countries started increasing interest rates and the exchange rate of the Sri Lankan rupee against the dollar reached 250 dollars, but the government did not adjust, and kept the currency at 200 dollars.

On the other hand, surprisingly Sri Lankan citizens living abroad reduced their foreign earnings to the island country using the ka hawala channel, resulting in a massive 50 percent drop in remittances. Hawala operations flourished in India during the 1980s, when there was a difference between the official and market exchange rates. If arbitrage is extremely high, people will find ways to escape paying high taxes.

The increase in customs duty on gold is an attempt to reduce the flow of foreign exchange from the country. The exercise is understandable, as India’s trade deficit widened to a historic high of $25.6 billion for June 2022 and $70.3 billion in the April-June 2022 quarter. Meanwhile, the Indian rupee has also depreciated by more than five percent since the start of 2022 to below 79 against the US dollar.

As India’s two neighboring countries Sri Lanka and Pakistan are facing serious economic crisis, the government should take steps with due caution and anticipation of its positive consequences. The government hopes that the new rules related to import duty and foreign exchange will reduce gold imports and stop foreign exchange going out of the country.