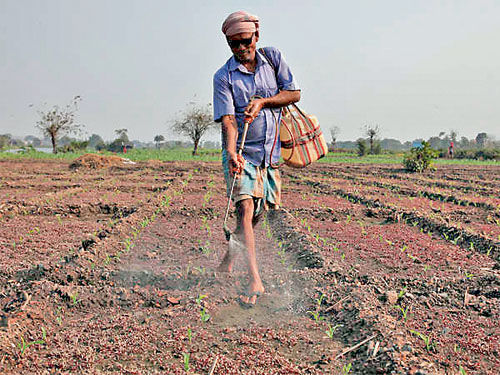 When the government announced to double farmers’ income by 2022, it seemed to set a much higher target. But if we look at the latest evidence based on systematic studies, it seems that we have not completely missed this target. The fact is that after adjusting for inflation, farmers’ incomes have doubled, or even close to it in many states. This has been observed in the case of cash crops such as sugarcane, cashew, tea, coffee or rubber. We are behind in many cases but the difference is not much. This type of conclusion is found in the State Bank of India and Indian Council of Agricultural Research studies.

The State Bank report said that between 2017-18 and 2021-22, the average income of farmers across the country has increased by 1.3 to 1.7 times. For some crops like soybean in Maharashtra and cotton in Karnataka, yields have doubled during this period. The study covered all types of farmers, large, small and marginal. The study revealed that allied and non-agricultural activities also helped in increasing their income. Returns from these sources were 1.4 to 1.8 times. Sources of income from agriculture have diversified. It is no longer limited to agriculture and animal husbandry.

Indian Council Agri. The research report is based on case studies of 75,000 farming families across all states and union territories. According to the report, the net growth in agricultural income varied widely and increased by 125 percent in Ladakh and 270 percent in Andaman and Nicobar Islands. States and Union Territories like Uttarakhand, West Bengal, Chhattisgarh and Puducherry have seen an increase in farmers’ income of more than 200 percent. In most other states, the increase ranged from 150 to 200 percent. However, their bias towards income growth factors can be clearly felt in both reports.

The SBI report highlighted the regular increase in the minimum support price (MSP), which generally sets the market price benchmark, as the main factor behind the hike. On the other hand, the council’s report cited technical intervention as the cause. The fact is that both these factors played their respective roles and acted as complements to each other. But one more thing is clear that farmers are still mostly dependent on credit for raw materials for growing crops and this credit is not easily available despite the introduction of Kisan Credit Card. A Statebank report suggests that these cards should be converted into livelihood credit cards. However, it will help the farmers to get out of the clutches of moneylenders who grab a large portion of their income.

It is also a fact that the government’s agricultural price policies are still a major determining factor in agricultural income. These policies will aim at increasing income rather than increasing production. The National Commission on Farmers also emphasized on this issue. Economic interests of farmers cannot be ignored while formulating policies to control food inflation. If this is done, it will be difficult to achieve the target of doubling farmers’ income.