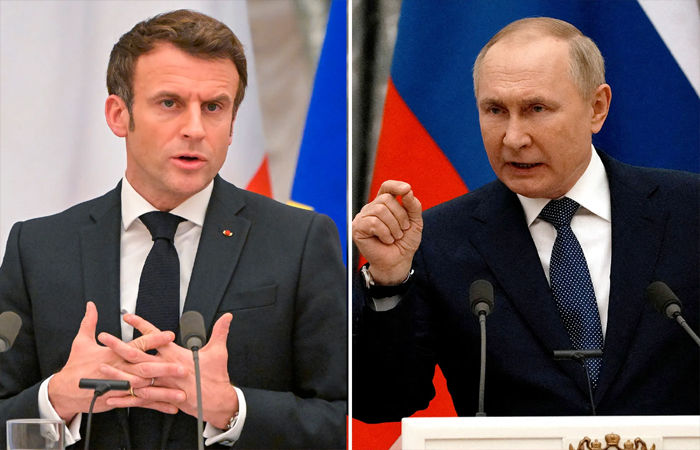 According to British media reports, Russian President Vladimir Putin and French President Emmanuel Macron had a telephone conversation before the start of the war between Ukraine and Russia.

That being said, when Macron called Putin, Putin hung up the phone saying that I was in the gym right now and could not talk.

“I don’t know where your lawyers got their education from,” Macron told Putin over the phone. Macroe put pressure on Putin to meet with US President Joe Biden and avoid war.

However, Putin rejected the appeal, saying, “I’m in the gym right now and I’m going to play ice hockey.”

Putin reminded Macron that Ukraine was not a democratically elected government, and that Jelensky himself had come to power by overthrowing another government. Blood is spilled and Jelensky is responsible for this. People are understanding this situation differently.

Putin urged Macron to talk to Ukrainian separatists, and the French president said “we don’t care about him or his proposal.”

Within 24 hours of talking to Macro, Putin passed a bill declaring the separatist-leaning former Ukrainian state of Luhansk independent.