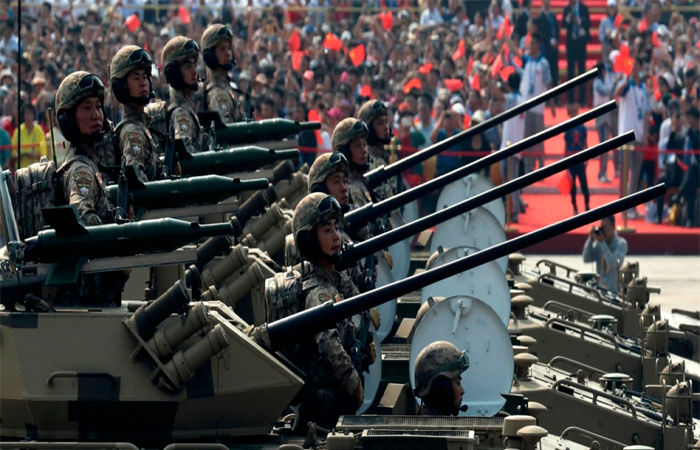 Despite all the threats from China, US House Speaker Nancy Pelosi visited Taiwan. For 19 hours, Pelosi met with Taiwan’s president and officials, and while the meeting lasted, China remained silent. Pelosi’s trip amid threats is proof that the US does not care about China’s warnings. Pelosi reassured Taiwan that America was with them. Annoyed by Pelosi’s visit, China has deployed its fighter planes and warships in several places in Taiwan.

The whole world will be shocked

More than 70 crore people in India use mobiles. More than 20 crore people use laptops and cars but do you know that if this war happens mobiles, laptops, automobiles will all be in danger. Thousands of companies in the world will be on the verge of closure. Hundreds of companies will lose billions. However, the chips or semiconductors used in electronic devices are manufactured in Taiwan. Taiwanese companies account for 54 percent of the world’s total earnings from semiconductors, and if production in Taiwan were to stop, the shock would be felt around the world.

Taiwan is the factory of the world in terms of semiconductors

China is one of the largest countries in the world by geography and Taiwan is counted among the smallest countries in the world. Both the countries cannot be compared in terms of economy, but still when the danger of war is looming between these two countries, the world is in a different worry. Already, the auto to smartphone industry is suffering from chip shortages. If the situation worsens in Taiwan, the crisis will become more serious because this small country is the factory of the world in terms of semiconductors.

If the situation that has been created after the visit of Nancy Pelosi continues and Taiwan is attacked, then the price of electronics, computers, smartphones, cars is bound to increase. It is possible that electronic goods may disappear from the market. When Taiwan’s supply chain was broken during the Corona epidemic, the world realized what it means to not have Taiwan in the market.

China lags far behind Taiwan in terms of semiconductors. America also understands the semiconductor market and so does China. So both countries are facing each other for this small country. If China attacks Taiwan, the chip market will be closed for the whole world and a new crisis will arise in front of the world which is already struggling with inflation.