Speaker of the American Parliament begins tour of Asian countries 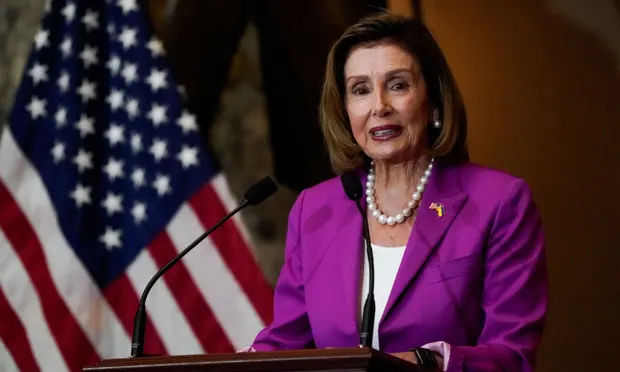 The speaker of the US lower house ‘House of Representatives’ (Lok Sabha) Nancy Polosi started the trip to four countries in Asia from Singapore. Tensions between the US and China have been fueled by speculation that Nancy Pelosi will visit Taiwan. China’s Ministry of Foreign Affairs indirectly threatened the United States with war, saying that if Nancy Pelosi goes to Taiwan, our military will not stand still. We are prepared to face every situation to protect our sovereignty.
As announced by Nancy Pelosi, her journey to Asian countries began. On reaching Singapore, he interacted with the leaders of Singapore. As he said, he will visit Singapore, Malaysia, Japan and South Korea. However, China opposes the trip due to speculation and reports that Taiwan may also go. Nancy Pelosi did not mention Taiwan anywhere in the official information.
China opposes US Speaker of Parliament visit to Taiwan. China considers Taiwan as its part. China says that Taiwan is an internal matter and that it is not appropriate to discuss foreign affairs directly with Taiwan. If foreign leaders visit Taiwan, Taiwan starts to get recognition. China opposes it.
The US does not even have official diplomatic relations with Taiwan, but US law clearly requires Taiwan to provide adequate support for its protection. If Nancy Pelosi visits Taiwan, the strained relations between China and the US are likely to be further strained. American Republican Speaker Newt Guinereeve visited Taiwan in 1997.
Earlier, Chinese President Xi Jinping told US President Joe Biden over the phone that Washington must accept the One-China principle and said they are playing with fire. They are consumed by fire. Biden told Xi Jinping that there can be no change in America’s policy regarding Taiwan. The current status quo cannot be changed nor will the peace and stability in the Taiwan Strait be disturbed.
Notably, Taiwan’s Prime Minister Su-Sung-Yang refused to answer a question about what the local media would say about Pelosi’s visit to Taiwan and said that we always welcome visits from foreign dignitaries. In short, they indirectly confirmed Pelosi’s potential visit, observers believe.