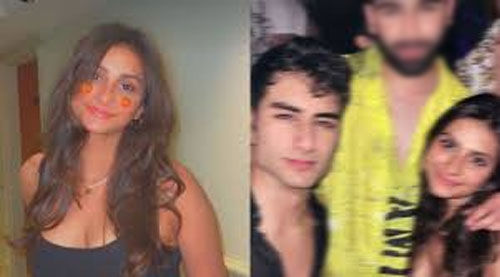 – Saif Ali’s son Ibrahim was earlier rumored to be having an affair with Shweta Tiwari’s daughter Palak.

Rumors have started that Saif Ali Khan’s son Ibrahim Ali Khan and Arjun Rampal’s daughter Mahika are dating. The rumor started after the photos of the party the two had with friends in London went viral.

Ibrahim has not yet released a single film. But he is in the limelight because of his parties and affairs. Earlier there was talk of an affair between him and Shweta Tiwari’s daughter Palak. Both were seen together several times in Mumbai. However, later there were reports that Palak was actually having an affair with Vedang Raina.

Now Ibrahim’s photos with Arjun Rampal’s daughter Mahika have gone viral. The two partied together in London and posted pictures of it. After seeing these photos, netizens are speculating that they are dating.

Mahika has been partying with friends in London for quite some time now. Her party photos with Ajay Devgan and Kajol’s daughter Nyssa also went viral.

There is no news yet about Mahika’s Bollywood debut. On the other hand, Ibrahim is currently learning the rudiments of film making by assisting Karan Johar in Rocky Aur Rani Ki Prem Kahani before venturing into acting.