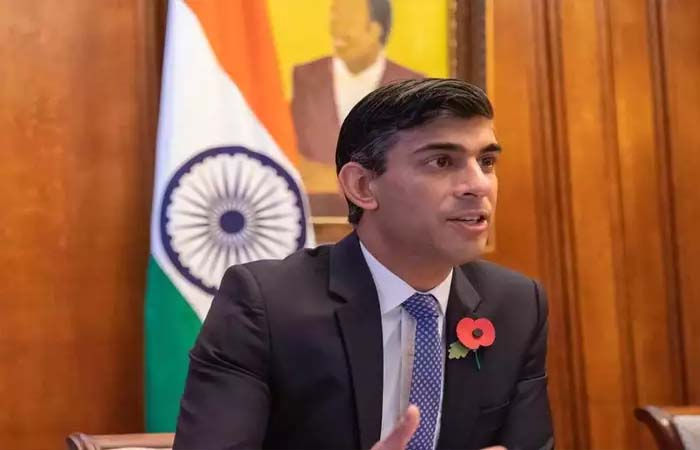 There is also curiosity in India about Indian-origin leader Rishi Sunak, who is leading the race for Britain’s future PM.

If he becomes PM, a new history will be created. Because the British kept India as a slave for years. And maybe a few years ago no one would have thought that a person of Indian origin would sit on the chair of the Prime Minister of the same country.

A statement of Rishi Sunak is also going viral on social media. In which he is calling himself a proud Hindu. This is about 2020. He took oath as the finance minister of Britain by putting his hand on Bhagavad Gita. After that he told the British newspaper that I am a citizen of Britain but my religion is Hindu. India is my religious and cultural heritage. I can proudly say that I am a Hindu and being a Hindu is my identity.

Rishi Sunak keeps an idol of Lord Ganesha on his desk and does not even eat beef out of religious belief.

Rishi Sunak hails from a Punjabi Khatri family. Rishi’s grandfather Ramdas left Gujranwala in 1935 and went to Nairobi to take up a job. Since that time communal tension started appearing in Gujranwala. Ramdas’s wife later left for Kenya in 1937.

Ramdas and his wife Suhag Rani had 6 children. Which included Rishi’s drinker Yashvir Sunak. He was born in Nairobi. Yashvir came to Nairobi in 1966. where he studied medicine. He currently resides in South Hampton.

Rishi Sunak studied from Winchester School in Britain. After that he further studied at Oxford and Stanford University. He has also worked in well-known finance companies before joining politics.