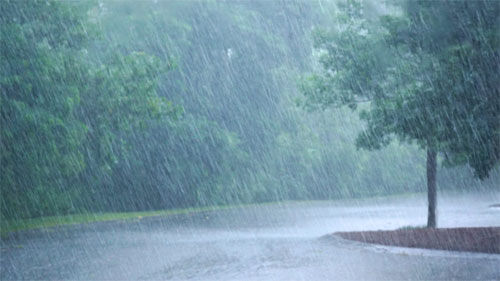 With regard to the situation created due to heavy rains recently, submissions were received from the readers of this column that the issues affecting the public interest are being drawn in order to let all the people know about the responsibility of the administration along with the causes and remedies of the problems of waterlogging due to heavy rains. First of all, since the last 10 years, the country and Gujarat have been experiencing extraordinary rains, that is, there has been a change in the rainy season cycle and the reason for this has been a real change instead of the earlier talks of Global Warming and Climate Change at the global level and for which the physical development of human beings has changed. Deer hunting is responsible and has adverse effects on the standard of living of humans.

First of all, for centuries, the rain that falls during the rainy season naturally flows into the sea through rivers, canals, ravines, and eventually into the sea. This natural process all the water courses flow in the form of slopes. With such a pre-eminent role, now if we talk organizationally about rain water, flood situation etc., the problem of rain water disposal is especially severe in cities and now even in rural areas, problems arise due to abnormal rains. The Water Resources and Agriculture Departments of the Government of India, Administrative Departments are responsible for this and the Water Resources Development Department, Revenue and Urban Development Departments are responsible in the state.

Due to the change in rainfall patterns, now it rains in the form of Cloud Bursting and if we look at the 100-year-old rainfall pattern, from the perspective of systemic Gujarat, South Gujarat receives 50 to 100 inches of rain, while Saurashtra and Kutch receive an average of 10 to 25 inches of rain instead. At present, the heavy rains start from Saurashtra or Kutch and 10 to 20 inches of rain falls simultaneously. Today it shows that Cloud Bursting rain falls in the form of celestial calamity against which there is no natural carrying capacity of the river-channels and these river-channels are pressured or obstructed at most places and considering such situation during the British rule system. But showing foresight and considering the issues arising in the Indian situation, the Mamlatdar Courts Act – 1905 provides for the Mamlatdar to take action against persons/organizations for obstructing the natural flow of water and this Act empowers him to remove obstructions in river channels passing through private land or public space.

In the situation that has arisen in cities now, due to unplanned development of urbanization, obstructions in natural flowing water channels (water channels), creeks, bends, ravines, tributaries / due to construction activities have created obstructions in naturally flowing water. If the statutory provision is looked into, Section-230 and 231 of the Gujarat Municipal Corporation Act empowers the Municipal Commissioner to remove obstructions to such natural flows and the Commissioner can remove such obstructions/removal even without giving notice. It is also fundamental that any municipality or municipality whose primary duties are water, roads and sewerage means that when these services are not provided to the citizens as expected, storm water management is not given priority. At the same time, due to the extraordinary rains which do not even have the capacity of existing rain drains, first of all there is a need to conduct Hydrological Survey of all the urban and rural areas in which the natural water flow of existing rivers, canals, ravines, etc. is carrying its carrying capacity. After conducting a study of the average rainfall figures for the last ten years etc., a ‘master plan’ for rainwater drainage of the entire state is made and an ‘action plan’ for its implementation is implemented so that long-term solutions can be found in consultation with the Irrigation Department and Urban Development Department, Revenue Department of the Government. Action is required.

Based on my experience as Deputy Municipal Commissioner/Municipal Commissioner of Vadodara Metropolitan Municipality and Surat in the situation created due to abnormal rainfall in urban areas, there is no planning of rain/natural water drainage when construction and infrastructure projects are undertaken in an unplanned manner. E.g. When the National Highway was bypassed in Vadodara and the Narmada Branch Canal was passed, the water that would have naturally flowed into the Mahisagar or Jambuwa rivers came into the city of Vadodara, just as the 13 lakes of Vadodara were internally interlinked and the water from the three main basins of the city and the Vishwamitri river instead of flowing into the city. Questions have arisen due to the construction. Similarly, in Surat there have been obstructions in the flow of water in the Tapi river through creeks and silting in the Tapi river has led to flood conditions even under normal circumstances. I am a witness of Surat – 1994, 1998, 2006 floods.

Examples of these two cities have been given, but as mentioned in all cities obstructions to natural water flow / unauthorized construction, in some places TP roads have also been laid in town planning schemes. As the capacity of natural lakes has decreased due to pressure/filling, Central and State Governments have been allowed to build dams/check dams as a part of Flood Mitigation as a permanent solution in all cities/Flood affected areas e.g. A permanent solution can be found if a hydrological survey is carried out and an action plan is made for the disposal of rainwater in each area in Ghed area, Porbandar district. It is necessary for the state government to decide on long-term solutions from this perspective.