In countries with massive population explosion like India and China, the decreasing number of women has become a matter of concern, on the other hand, there are also countries where the number of women outnumbers men has created a shortage of marriageable idols.

The Latvian government is also worried because the girls of the country called Latvia near the Baltic Sea in North East Europe are not getting a good partner. Located between Lithuania and Estonia, Latvia has a total population of 1.92 million. In which the population of women is 8 percent less. The number of women is 146636 more than men. 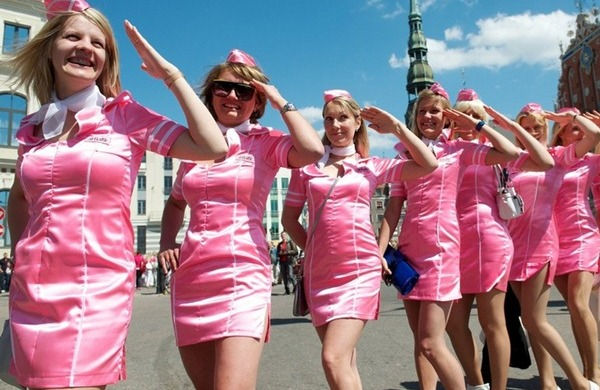 Latvian men live 10 years less than women. The government has also drawn conclusions about the declining number of men. In which it has been noticed that according to the culture there, pressure is put on earning money at the age of 20, so men remain depressed. Alcohol consumption increases the rate of premature death.

Between the ages of 30 and 40, men die three times more than women. There are hundreds of marriageable girls in this country waiting for a good partner. Many stylish and educated girls are constantly chatting on the net for a good boyfriend. Some rich girls even go on foreign tours to get boyfriends.

The gap in the lifestyles of girls and boys is also responsible for this problem in Latvia. The University of Latvia has a higher number of girls in various degree courses. Hence some girls have 90% girls in their fan list.

Since boys do not study seriously, the biggest problem for girls is to find a partner of the same level. The macho culture seen in men has also increased the problem for women. Young Latvian girls focus on studying while young men turn to macho men and perform dangerous stunts. Fast car driving, heavy alcohol drinking, smoking are also side products of the macho culture in the country.

This country, considered a part of the Soviet Union in 1991, has the highest number of women living alone in Europe. However, in neighboring countries like Estonia, Lithuania and Belarus, the low number of men has also become a problem for women. Even in Russia, women outnumber men. The number of men in the field began to decline as men outnumbered the hundreds of millions killed in the First and Second World Wars.