100 dolphins have been brutally poached in the Faroe Islands. It is believed to be the largest mass hunt of bottlenose dolphins in 120 years. In the Faroe Islands, 98 adult dolphins and one baby still in its mother’s womb and one small child have been poached. Images of this brutality have come before the world. Which one does not dare to see. There is a massive poaching of dolphins. 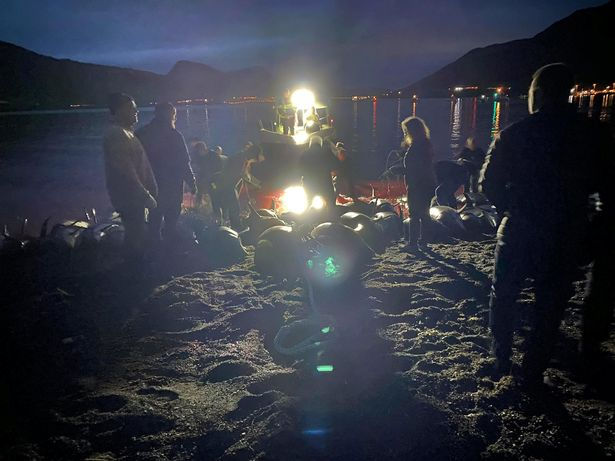 The photo is horrifying, experts believe, as the dolphins were first taken to shore and then killed with knives, spears and other sharp weapons.

The water on the shore turned red after such a massive kill of dolphins. According to information, this type of hunting is a traditional part of the island of Fera but has been widely condemned by wildlife organisations. “This dolphin hunt is simply shameful and has caused national and international outrage,” Sea Shepherd, the organization that filmed the hunt, said in a statement.

Many of these dolphins also have cut marks on their bodies from ship propellers. In September last year, hunters in the Faroe Islands killed 1428 Atlantic wide-sided dolphins in one go.

Anger was seen in wildlife organizations over this incident. He urged Britain to end trade with the Faroe Islands. 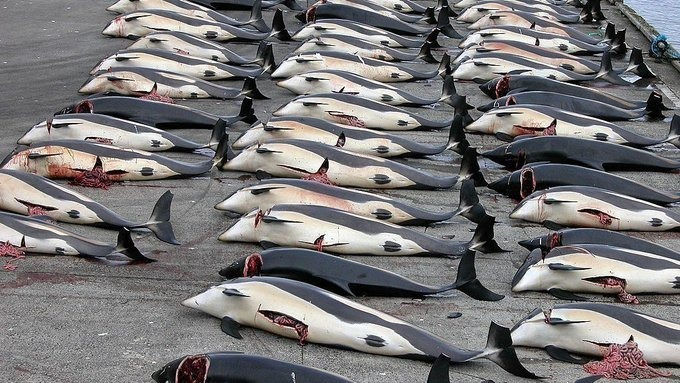 Fishing is the main industry of the people at the local level. Every year, so many fish are killed here that the inedible material that comes out of their bodies is loaded in trucks and taken to be burned. Once again, people around the world are outraged at the mass killing of fish. Where will the murder of Abol and Bejubano stop?