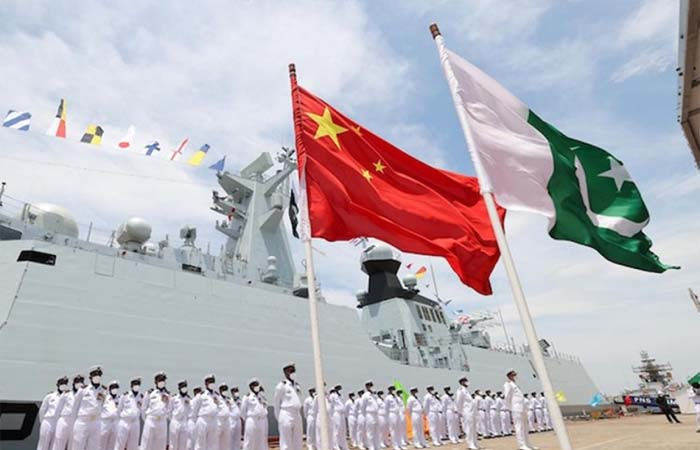 The navies of China and Pakistan, India’s two staunch enemies, have started naval exercises near Shanghai.

The exercise has been named Sea Guardian Part Two. The aim of the four-day exercise is to jointly deal with any threat in the sea. Part of this study is also how to destroy the submarines of the enemy country i.e. India.

The Chinese Navy, however, said that the purpose of this study is not against any third country.

As part of the study, the first phase consisted of port planning and naval warfare exercises. A training course will be organized in the second phase. In which soldiers of both countries will practice how to attack enemy sea targets and destroy submarines.

Pakistan Navy has sent its most advanced frigate Taimur for this exercise. This ship is originally made in China. In which weapons have been fitted to attack land from the sea and sea targets. The frigate is also capable of reconnaissance.

A warship, a submarine, an early warning aircraft, two fighter jets and a helicopter have also been included in the exercise by China.

Earlier, both the countries conducted such a study in 2020 in the sea near Karachi.