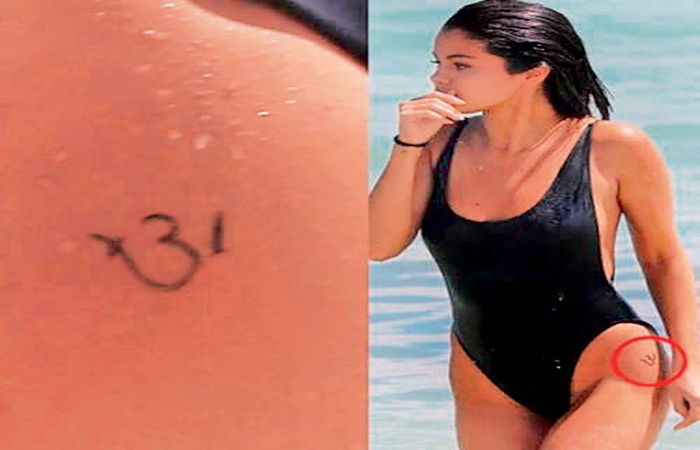 Mumbai: The Gondwana fashion for body tattoos has been going on for centuries. Initially people used to tattoo their body to identify themselves, but now it has turned into a fashion.

Angelina Jolie has tattooed Amak Mantra of Buddhism on her waist.

Which means, your enemies run far away from you. Whatever wealth you earn stays with you. May your beauty be like a nymph. Unless you are surrounded by crowds, there will be very few people around you and they will be ready to serve and protect you.

American singer Katy Perry is known for her voice as well as her tattoos. Few would know that on one of Katie’s arms is a tattoo of the Sanskrit word for the flow, which means to go with the flow.

Many tattoos are also seen on the body of the well-known pop singer Rihanna of Hollywood. But he has worn a verse of Bhagavad Gita on his waist.

Another singer and actress Selena Gomez has portrayed her Thai Paraom. Which is seen when wearing a bikini.

Adam Levine, part of the band Maroon Five, has numerous tattoos on his body. In which the word Tapas is seen plastered on his chest.

That said, this one word and thing keeps me connected to something that changed my life.

Actress and singer Miley Cyrus has tattooed Om on her left arm.

An actress named Vanisa has got Om tattooed on both her hands.

American actress and producer Brittney Snow has tattooed on her wrist. Hollywood star Jessica Alba has the word Padma engraved on her right arm.