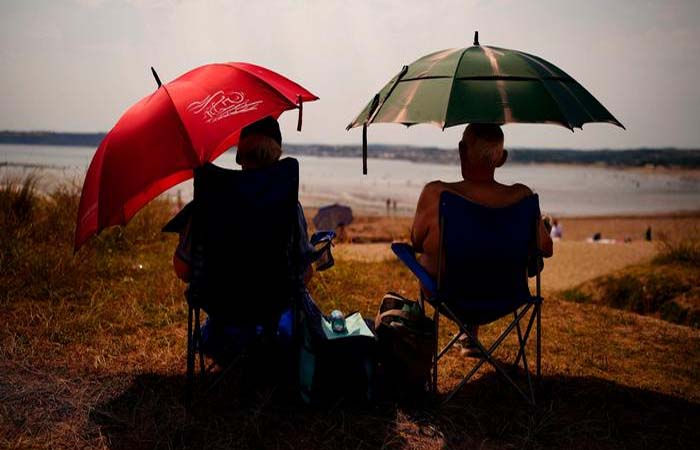 Monsoon is currently in India and a strong heat wave is going on in Europe. In Europe, the heat mercury is breaking all records and people are also dying due to cold.

In recent days, forest fires in Spain and France have added to the problem. Temperatures are setting new records in every part of Britain. Two people have died in a fire in Spain.

Conditions are worsening in Britain with temperatures nearing 40 degrees for the first time. Due to this, National Emergency has been implemented by the Health Department. Temperatures are expected to reach 41 degrees on Tuesday and could be Britain’s hottest day on record, according to the Met Office.

Earlier in 2019, the highest temperature of 38.7 degrees was recorded in Britain. It is getting so hot in London that the 135-year-old London Bridge has to be covered with silver foil.

More than a dozen places in France have set new temperature records, and a region in France called Britney recorded a temperature of 39.3 degrees.

748 people have died in Spain and Portugal and the heat is being blamed for this.