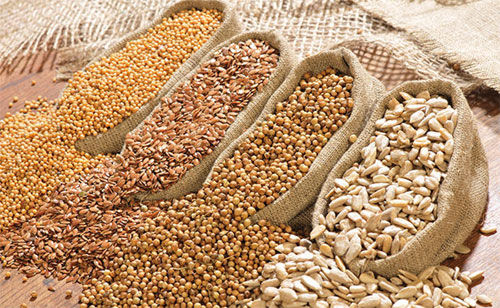 Due to uneven rainfall in several states of North India, the grain and spice markets are booming due to large scale production of food grains in the country. If the monsoon is good in August, the Kharif crop production can still meet the targets. After the Russia-Ukraine war, there has been a worldwide slump in grain exports. Like Indian spices, the demand of Indian grains is also increasing rapidly.

Seeing the shortage of grains in the world, the central government of India has launched a special movement to popularize wheat as well as other major grains like millet and jowar. The Modi government has proposed to the United Nations to declare the year 2023 as the International Millet Year.

With the support of 72 countries of the world, the United Nations General Assembly has given the green flag to celebrate the year 2023 as the International Millet Year, and the government has started full preparations. After the success of establishing the celebration of Yoga Day around the world after the arrival of the Modi government, now Indian millet is also becoming famous as a nutritious grain worldwide, India’s dominance in grains can increase in the world. Like the exercise done to become self-sufficient by encouraging the cultivation of oilseed crops in the country, now a new strategy is being prepared in millet also in factors including production, consumption, export, branding. In order to increase the production of millet, the government has also allocated a budget of about ten thousand crores under the Production Link Incentive (ILP) scheme and a special committee has also been formed to move forward in this direction for the next five years. The government has started a special campaign in the country and abroad to popularize bajra and other nutritious grains and the central government has also directed all the state governments of the country to run a movement in this regard. At present, the export of millet is also increasing continuously.

Along with millet, the export of wheat is also rising continuously these days. The market is moving towards bullishness again due to the continuous increasing demand of wheat at home and abroad. During the June quarter, India has exported more than 36 lakh tonnes to over 10 countries like Bangladesh, Nepal, Indonesia, Philippines, MISM, Sri Lanka. Which was around 11 lakh tonnes last year. At present, lack of rain in wheat producing areas is likely to affect the next production. Due to the extensive export of wheat this year, there is a shortage of about 50 lakh tonnes of goods in the country. Government procurement of wheat has also decreased by about 55 percent compared to last year. Given the current situation, the market is continuing to rise as there may be shortage of wheat in the country before Diwali. Currently there is a high market in the range of 2050 to 2500 rupees per quintal.

In the last fortnight, wheat has risen by about 250 to 300 rupees. Government may also impose stock limit in wheat due to rising cost of wheat. Many stockists are suspected of having large stockpiles. If the shortage in wheat increases, there are also possibilities to import wheat from Ukraine. However, as there is currently 40 percent duty on the import of wheat, traders are in a wait and watch mode as there is no shortage of imports.

Along with grains, spices are also booming these days. The market has also picked up momentum in cumin, coriander, fennel, guar, oilseeds. In the last one week, there has been a jump of 200 rupees in the cumin market. Cumin spot and futures market has been strengthened due to continuous import from neighboring countries including China, Bangladesh. Cumin futures are in the range of 240 to 244 per kg and currently Rs 4100. Additional prices are per maund. It is estimated that two and a half to three lakh sacks of fennel have been exported this year as the volume of export has doubled.

Fennel prices range from 2200 to 2900 depending on the commodity. Even in Isbagol, prices are in a range bound condition of 2900 to 3100 due to domestic demand. As the pipelines are empty in Gawar and Korma, the business community is saying that there is no possibility of recession for the next three-four months. Guar plantation has increased this year. According to reports, 25 lakh hectares in Rajasthan and 11 lakh hectares in Haryana, besides guar are planted in the area. Traders are expressing the possibility of massive guar production if the rains in North India are favorable to the crop.