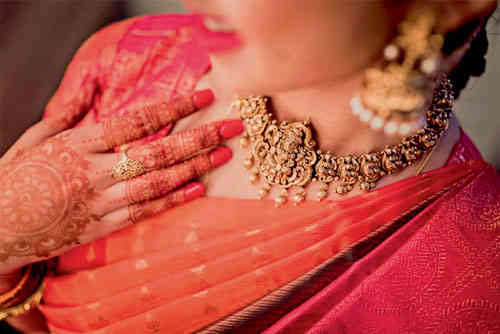 – Silver to hit between Rs 5,000 and Rs 2,000 per kg: Plenty of demand for gold coins in Akshay Tritiya gives new life to the market

In global markets, Fed Chairman Jerome Powell announced an expected 50-point rise in interest rates, pushing gold prices up by ૪૫ 20-2 an ounce. Gold was quoted at ૯ 1,303 an ounce after the Fed raised its interest rate to ૮૬૫ 12-13 an ounce before the Fed meeting. Some members of the Fed have been pushing for an interest rate hike of 9 points, but Jerome Powell has softened and raised market expectations by 30 points, leading to a more than 1 per cent rise in gold prices and measures to curb inflation.

After 150 years of inflation, the dollar depreciated and the dollar’s purchasing power weakened.

Before February 15, the world thought that Russia would not invade Ukraine and investors began to invest in gold. But when Russia invaded Ukraine after February 15, investors began to increase their holdings of gold in SPDR GLD and IAUs in the Gold Exchange Traded Fund, and lastly in the year 2020, due to the Pandemic Covid-17, the gold exchange traded up 1 per cent. In just four-and-a-half months, investors increased their holdings in gold on the GLD + IAU Gold Exchange to 30.5 tonnes, up from 20 per cent at the time of the lockdown in March 2020.

Gold rose more than 1 percent after the Fed announced interest rates, and Powell, chairman of the Fed, said he would try to keep the dollar in check by reducing inflation by cutting investment in bonds and controlling inflation in the long run. The end of the Russia-Ukraine war is not in sight. Russia continues to fight against the ruble and gold by providing oil supplies at a discount, ignoring sections of the US and the European Union. In addition, the latest news in the Kovidav virus has frightened China, but other countries are also wary of investors turning to gold once again. OPEC will not produce more oil and oil prices have also risen as US oil prices have fallen, leading to a rebound in gold. China’s gold demand has declined slightly. But there will be demand from India and there is no scope for a slowdown in gold as the world’s ETF funds continue to buy gold. Overall, gold will hit between ૮૯૮ 15 and ૯૩૮ 18 an ounce. In the global silver market, the Fed raised interest rates by 1/2 per cent to meet market expectations. This has seen a change in the price of silver and a new change in the speculative position of futures in the New York market. There were speculative long-term deals and 3 contracts in contracts and a total of 114 contracts. The total short-term contracts then stood at 118 contacts, down 205 deals, signaling a new move in silver and speculators and investors signaling a new direction and giving a new impetus to the silver bulls.

As the futures price is quoted at Rs 4,150 per 10 grams, the interval between futures and spot gold has been Rs 1,200 per 10 grams. This year, gold seems to be gaining ground in the long run, but at present, gold will immediately hit between Rs 500 and Rs 500 per 10 grams. The income from old gold jewelery is good. Because the same price of gold is mentioned in the bill and without the bill, traders prefer to buy gold in the bill itself. However, gold imports are estimated at 500 to 70 tonnes this year. On the back of strong global silver prices in the domestic silver market, silver has risen by Rs 1,200 per kg. Silver futures are quoted at Rs. 200 per kg and spot silver at Rs. 500 per kg, while silver is sold at Rs. 200 per kg in bills. Thus, a gap of Rs. The house in the show-room is modest. The wedding is nearing completion. In it the old silver income is negligible.