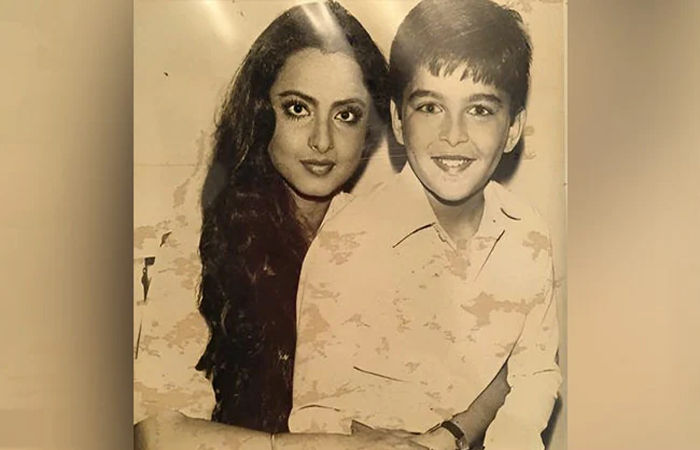 You must remember Jugal Hansraj, the chocolate hero of Masoom and Mohabbatein four decades ago. He made girls crazy with his murderous eyes. A childhood photo of Jugal Hansraj is quickly going viral on social media in which he is seen sitting on Bollywood actress Rekha’s lap. Jugal Hansraj is looking very young and cute in this picture.

Jugal Hansraj started acting from childhood. He has appeared in several films as a child actor. These days Jugal Hansraj is completely absent from films and is currently settled in America with his family.

Jugal lives in America with his wife Jasmine and son. He married his girlfriend Jasmine Dhillon in 2014 and after that Jugal shifted permanently to America. Although Jugal is no longer active in films, he is very active on social media. His look has changed a lot from before.

There was a time when there were more girls on Juggle than Shahrukh Khan. Jugal Hansraj started his film career as a child actor. He was seen in films like Masoom and Karma. papa kahte hai,

Some of Jugal Hansraj’s popular films are Mohabbatein, Salaam Namaste and Aaja Nachle.