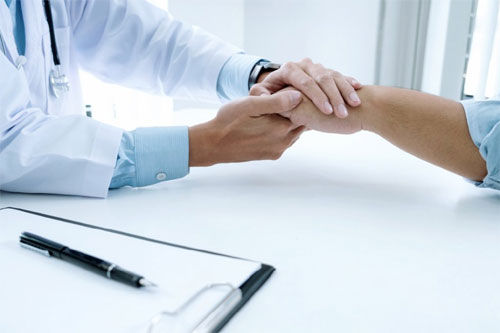 From July 1, it has become mandatory to pay TDS on these gift deals given to doctors who get expensive cars, foreign trips and luxury hotel stays to help pharma companies increase sales by writing more prescriptions. So now the doctor has to declare it as income and deposit tax on it. Certain donations made by fast-moving consumer goods companies such as doctors to promote sales are taxable. Debit cards given by pharma companies to doctors dealers will also not be left behind. TDS will be reflected in Form 26-AS of the taxpayer depositing it in the government treasury. If the company does not show this cost in its return, the company will not get after the cost. Also, the beneficiary has to deposit tax according to the value of the gift received by him and according to his tax slab. If the tax is not paid, interest and penalty will also be charged on it.

By means of the Budget of the year 2022-23, by adding Section 194-E to the Income Tax Act, 1961, the corporate gift culture has also been brought under the ambit of taxation. Individual Rs. If a gift of more than 20000 or more value is given, it will become taxable. A gift of less than that amount will not be taxable. Chartered Accountant Manan Shah says, by adding new section 194-R, gifts given by companies i.e. gold and silver coins, foreign tours or things including cars, fridges, washing machines and five-seven days’ stay in a five-star hotel and things like television The gift is now considered taxable. Companies will now have to take the PAN card of the gift recipient and deduct TDS-tax on the value of the gift given to him. If the companies do not deduct TDS then the expenses shown by them in their annual accounts will be invalid. Interest and penalty will have to be paid by the company under the provision of non-deduction of TDS. The taxpayer receiving the gift will also have to pay income tax of 10, 20 or 30 percent as per their tax slab. Till now the amount given as gifts or incentives by pharma or FMCG companies has been deducted as expenses in their annual accounts. On the other hand, the recipients of those gifts did not declare this income and did not pay tax. Facilities provided as performance incentives to dealers and distributors of pharma or FMCG-fast-moving consumer goods have also become taxable. In other words, if the companies do not pay TDS, they will not get those expenses.

All sales promotion expenses of companies are now TDS-deductible. However, if two extra items are given on the purchase of 10 items or if a scheme like buy-to-get-one-free is given, then the provision of TDS will not be applied considering it as a scheme to increase sales. Chartered Accountant Twij Shah says even debit cards with cash value will become taxable. Yes, a gift or amount subject to TDS under Section 194-R, which mandates TDS, will be taxable if it exceeds Rs.20,000. If the gift is less than that, it will not be taxable. However, Manan Shah says, if the money is given in the form of cash and the company does not show the expenses in the accounts, it will not be liable to TDS, but it will be considered a crime. Such transaction made in cash will not be recognized by the company as an expense in its accounts and will not be taxed.

Dealers, distributors or employees who receive gifts usually do not show this benefit in their income tax returns. As a result, the government does not get income tax from it. Now the provision of TDS has been introduced on it, so it will be reflected in their 26AS. So the person receiving this amount as gift has to show this income. The person who receives the amount as gift by showing this income will also have to pay the tax liability on it. However, Chartered Accountant Mahesh Chajed says that the language of the provision made in Section 194-R is so complicated that it is resulting in many transactional challenges. Even the tax deductors i.e. tax deductors or TDS are getting less understanding. To remove the misunderstanding regarding the new legal provision, the Central Board of Direct Taxes-Bhamgh has issued a circular providing guidance regarding tax deduction.