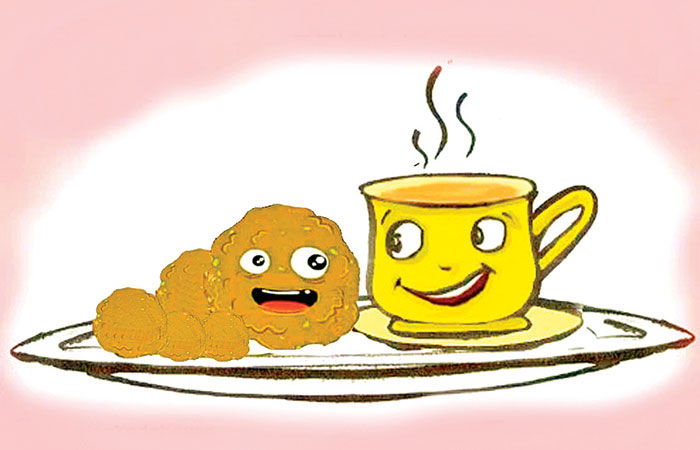 Arrived at the food safety fried shop amid heavy rain. ‘Let’s show what flour you use in fritters, what kind of utensils you have, what kind of oil you use. ‘

‘Sir, do you count mangoes or eat mangoes? ‘

‘Wow sir, you showed me a new dish. People nowadays eat a lot of good things. We are ready to make flowers even if someone asks us to make lime paste with tobacco tomorrow. For us, the customer is the king. ‘

‘O king, just because you have fritters does not mean that you have to fry things. This man of yours is frying bhajis in the same oil three times in front of our eyes. Do you want to make people sick? ‘

Hey sir, there is a misunderstanding. We save the country’s dollars to heal the sick rupee. ‘

“O saver, come to a single currency without devaluing the rupee to the dollar, you know how to fix the figure.”

‘Sir, why do you call our mouths? In our country, oil comes out for the public, but not for the public. 90% of oil has to be imported. Now, if the same dirt like ours is removed and the oil is thrown away, will the oil import bill increase so much or not? Therefore, the All Patriotic Bhajiya-Ganthiya-Samosa Sangh is instructing to reduce oil imports and save as many times as you can to save the dollar. Changing the oil four times a day before. Now we save only once. ‘

Those with food safety escaped as hot oil splashed from the frying pan. After a while, his brain turned and he entered a hotel with a Gujarati plate. Decided to eat the food and then eat for the pocket, but when they saw the lentils in the plate, they got angry. ‘Lya, is this lentil or lentil colored water?’

The waiter says confidently, ‘It’s dal, sir. Sometimes when a spoonful of lentils is dipped in water, the color of lentils comes in the water, but it is slightly different. ‘

‘Lya, this dal is not osmanthus. Rice should not be eaten with this. Take this back and give the lentils. ‘

‘Well, such fraud with customers? We are food safety so we will check the kitchen later, but now we are also calling the consumer account holder and making a case for consumer protection.

‘Those people came and went. We showed the instruction of all the patriotic thali organizations and patted our backs for national service. The guideline of our organization is to pour double-triple water in dal for country service. At present, the country has to import 12 per cent of the required pulses. The more water in lentils, the more imports, the more foreign exchange savings. Sir, you also start pouring water in the lentils at home. ‘

When it came to lentils at home, an officer threw a spoonful of the lentils in his mouth and immediately slapped him. ‘Lya, this even tastes like water. I don’t think so. ‘

‘Sir, we have done more, but to save foreign currency, we now use the same amount of hing on the tip of the finger instead of filling it with a spoon. You must know that we also import hing. ‘

Hungry and empty-headed officials have decided to pass a resolution in the union to start checking only after receiving a list from the government on which food items the country is no longer dependent on imports.