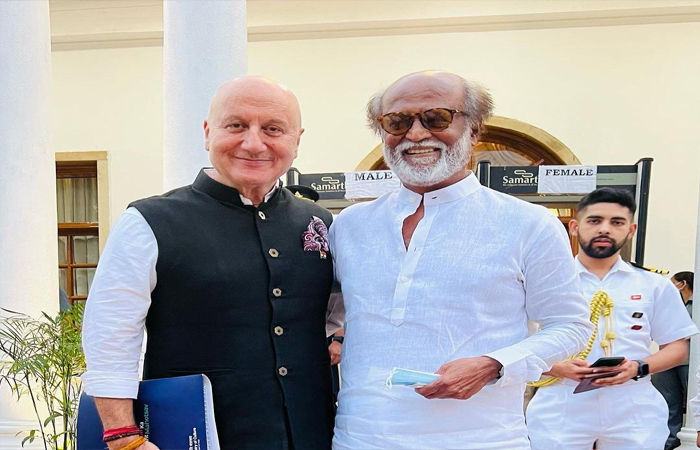 – ‘There was no one like my friend Rajinikanth, no one is and no one will be!’

Examples of friendship of many actors from the film world are given. Today let’s talk about 2 actors whose friendship you have hardly heard anything about before. These 2 great personalities are South Industry’s Thalaiva Rajinikanth and Bollywood’s powerful actor Anupam Kher. Anupam Kher has won the hearts of fans by sharing his photo with Rajinikanth.

Bollywood’s most demanding actor Anupam Kher shared 2 photos with Rajinikanth from Rashtrapati Bhavan. In the pictures, Rajinikanth and Anupam Kher are seen posing with a smile while looking at the camera. They both seem very happy with each other. 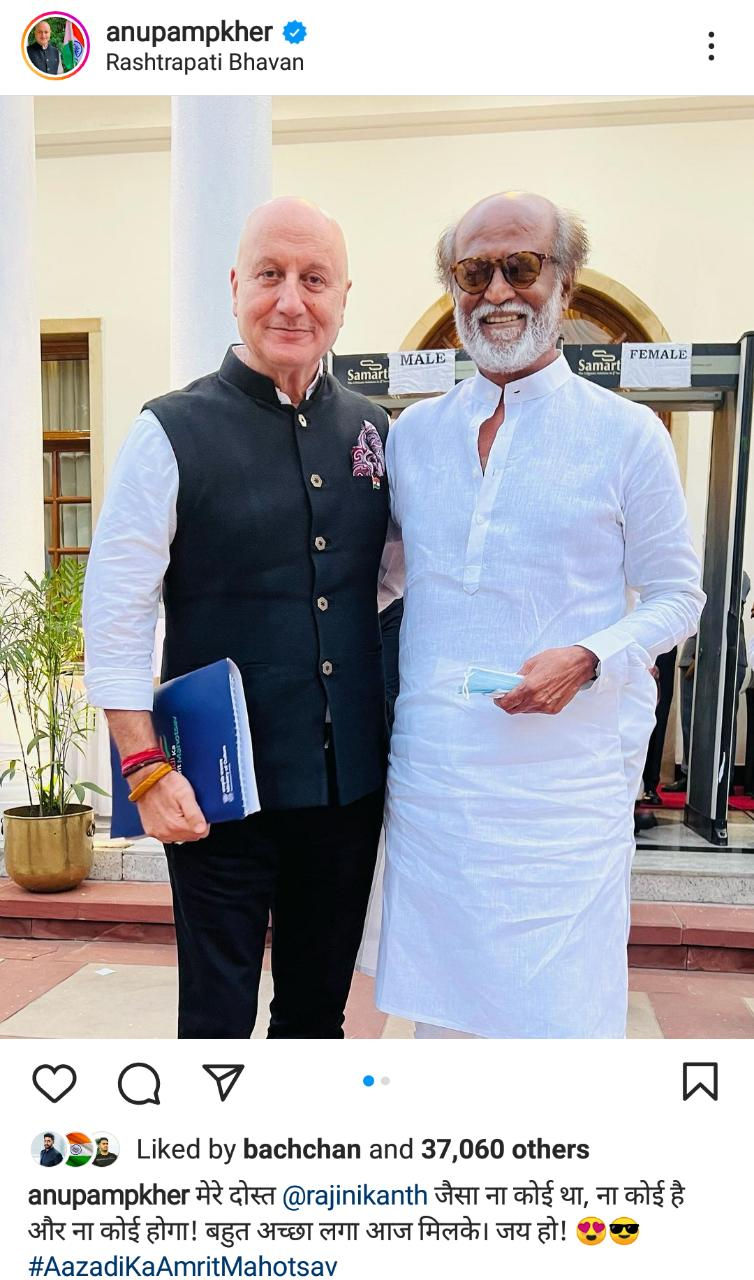 A special message written for Rajinikanth

Anupam Kher has described Rajinikanth as his friend in the caption of the pictures. He has written that, ‘There was no one like my friend Rajinikanth, no one is and no one will be! It was great to meet you today. Jai Ho! 😍😎 #AazadiKaAmritMahotsav’

This picture of Anupam Kher and Rajinikanth is from Rashtrapati Bhavan. They both met during Azadi’s Amrit Mohotsav program and the moments were captured on camera. Reactions of other actors are also coming out on this post of Anupam Kher.