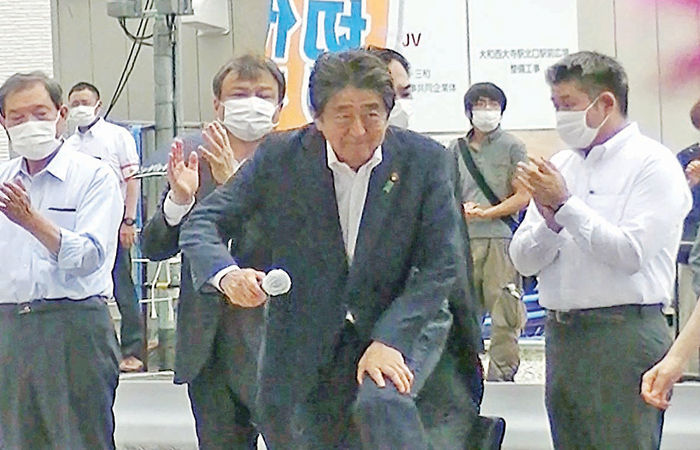 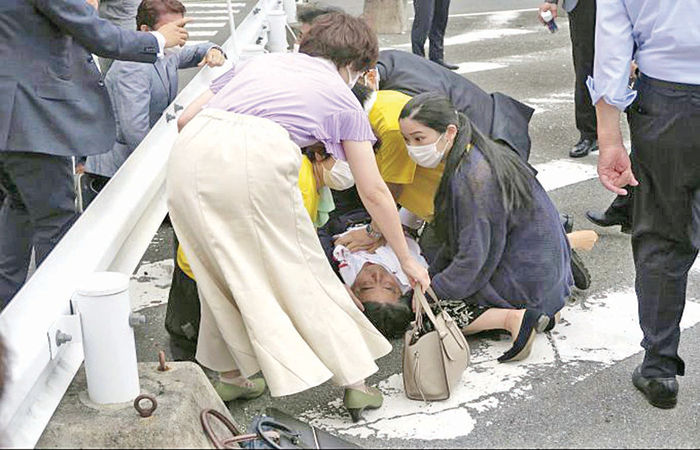 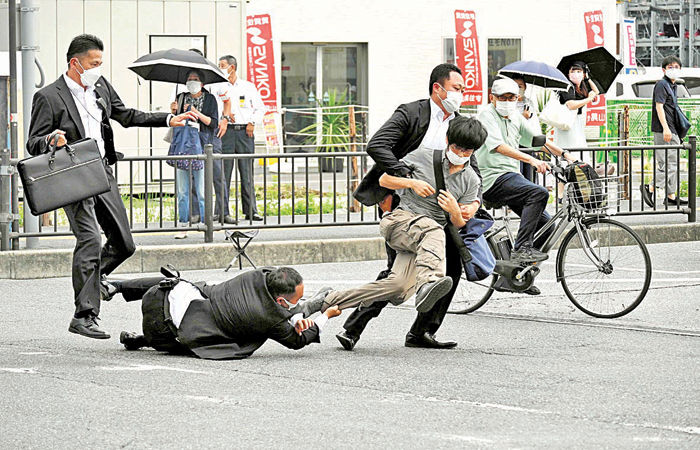 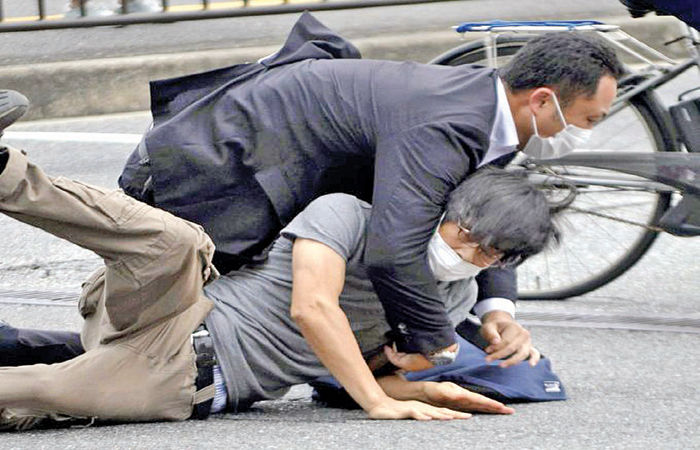 – The world is stunned by the assassination of a former prime minister in Japan, one of the safest countries in the world

– Abe was ‘dissatisfied’ and had been planning to kill him for a long time: Confession of an attacker who had served in the Navy

– The assailant later shot himself with a home-made gun while Abe was speaking on the street in the city of Nara for Sunday’s parliamentary elections.

Nara (Japan): Former Japanese Prime Minister Shinzo Abe was shot dead at close range in broad daylight during an election rally on Friday. Abe, a three-year-old prime minister of Japan, was shot dead just minutes after he began speaking on a public road in the city of Nara. He was airlifted to hospital shortly after, but was pronounced dead at the scene. Police picked up the assailant of Shinjo Abe from the scene. Japanese Prime Minister Fumio Kishida called the attack “barbaric.” The whole world has been stunned by the incident of public firing in Japan, one of the safest countries in the world, in the wake of strict arms controls.

Hidetada Fukushima, chief of the emergency department at Nara Medical University, said Abe’s heart had been badly damaged by the shooting and two injuries to his throat had damaged his arteries, causing a large amount of blood to flow. His heart stopped beating when he was brought to the hospital. Shinzo Abe has been Japan’s longest-serving prime minister for eight consecutive years. He resigned in 2020 due to health problems. Yet Abe was an influential leader of Japan’s ruling Liberal Democratic Party and led his largest group, the Sevkai. Voting for the upper house of the Japanese parliament is set to take place on Sunday. Abe was campaigning for this election.

Local media NHK has released a video footage of the incident, which shows Abe giving a speech outside a main train station in the western city of Nara. Abe was standing when he heard gunshots, he was wearing dark blue clothes and he was raising his hands. The footage then shows Abe falling on the road and security personnel running towards him. He put his hand on his chest and blood stains appeared on his shirt.

The second moment in the footage shows a security guard holding a person. A desi-made double barrel gun appears to be lying on the ground. Nara police confirmed the arrest of a suspect in Abe’s murder. The 21-year-old attacker was identified as Tetsuya Yamagami. Police said one of their explosives teams raided the attacker’s home to gather more evidence and more explosives were seized from there. The attacker had served in the Navy for three years in 2000. The attacker is also said to have confessed to the crime before police. According to Yamagami, he was “dissatisfied” with Abe and had been planning to kill him for some time.

Prime Minister Fumio Kishida and his cabinet ministers returned to Tokyo immediately after the attack on Shinzo Abe, halting other campaigns across the country. “I strongly condemn this act,” said Prime Minister Fumio Kishida, who was “passionate about the attack on Shinzo Abe.” The crime committed during the election campaign is completely unforgivable and the culprit will not be released at any cost. With this, Kishida ordered to increase the security of top politicians.

Abe, who resigned as PM in 2020, said one of his old illnesses, ulcerative colitis, had receded. Abe, who resigned as PM, said it was “troubling” for him to leave many of his goals unfulfilled. He spoke in support of the US Alliance, but said that maintaining some independence was important for the United States.

Abe became Japan’s youngest prime minister in 2002 at the age of 52, but his first term ended abruptly a year later due to health reasons. Abe then became prime minister again in 2014. At the time, he emphasized the need to get the country’s economy back on track, with fiscal stimulus, monetary flexibility and structural reforms. Abe won six national elections. During this time his measures to reform the economy were known as ‘Abenomics’. However, his policies of fanatical nationalism left Korea and China breathless.

Abe, Japan’s most powerful leader, is suspected of being assassinated by China

The public assassination of Shinzo Abe, considered the most powerful political leader in Japan, has raised many questions. Global defense experts have expressed suspicion of a foreign conspiracy behind his assassination. Some experts allege that the plot to assassinate Shinzo Abe may have been hatched by China. However, it could not be confirmed or any such official statement has come forward. However, defense experts are asking some questions.

As such, the first question is how did Abe, despite being the most powerful leader in Japan, get so close to the attacker with a weapon? Did any local official help him? Shinzo Abe is now the former prime minister. However, he is still the chairman of Japan’s largest political party. They will be accompanied by a large convoy wherever they go, including an ambulance. However, Abe had to wait for an ambulance for 15 minutes to reach the hospital after the shooting. Why was the arrival of the ambulance delayed so much? News of Abe’s death spread in the Chinese media before the Japanese media. Some Japanese media even reported the attack on Abe, citing Chinese state media.

Besides, why celebrate Abe’s death in China? After the attack on Shinzo Abe, China’s state-run newspaper Global Times, citing alleged experts, claimed that the attack would inevitably provoke Japan’s south. Together they can become more active and fight. Economic crisis and social divisions can arise in Japan. Abe’s successor could use the event to promote a free and independent Indo-Pacific region, promoting NATO’s entry into East Asia. In addition, people on Chinese social media Weibo ‘celebrated’ Abe’s death. Abe was the first Japanese prime minister to openly oppose China’s policies.

The gunman who assassinated former Japanese Prime Minister Shinzo Abe is a Desi Katto or Tamancho. Japan has one of the strictest gun control laws in the world. Not everyone can carry a weapon. So the attacker made this indigenous gun in his own home. It is also called zipgun in Japan.

Zipguns are also commonly referred to as improvised firearms, pipe guns or slam guns. These weapons are not made in official factories. It is prepared illegally. Its main purpose is just to hit the target. Its quality and accuracy are not reliable. So many times when using guns it explodes and explodes. The jeep gun used to kill Shinzo Abe used two metal pipes, wire, a wooden block, cellotape and a lithium battery to detonate.