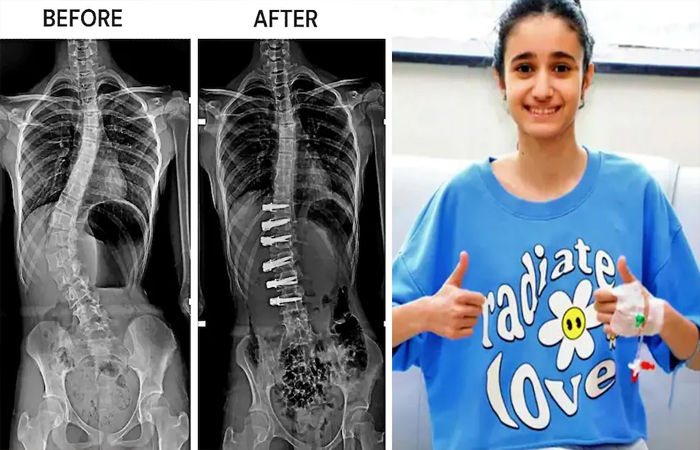 – VBT surgery is currently popular in several countries, including the United States, France and Germany, but was first performed in the North African region.

– Salma has become the first young woman from the Middle East and North Africa region to undergo this unique surgery.

Spinal problems are common in many people today. In which spinal pain is caused due to wrong sitting habits, lack of exercise, old age, uncontrolled diabetes, high cholesterol etc. A unique case has recently come to light in which a 13-year-old girl had a spinal problem. A team of doctors successfully operated on the girl and made her spine with a rope. This young lady is slowly recovering.

The girl’s name is Salma Nasser Navaseh and her spine is made of rope. He underwent surgery at Burjil Hospital in Dubai. Salma has become the first young woman from the Middle East and North Africa region to undergo this unique surgery. Salma’s spine has been repaired with a rope and she is now recovering after the operation. According to doctors, Salma started walking from the second day of surgery. 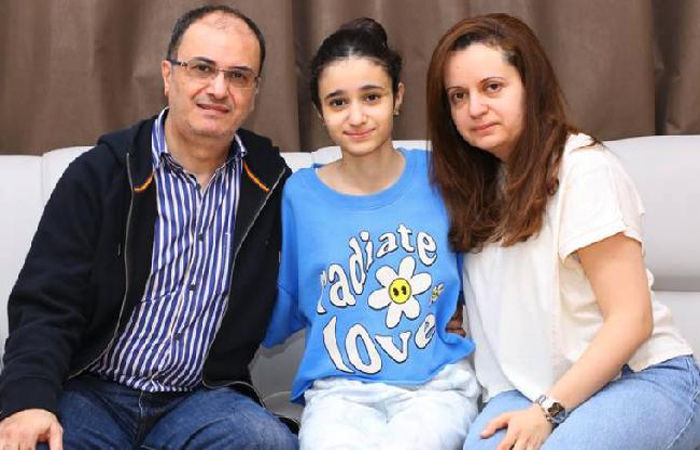 – How surgery is done

Salma, 13, recently underwent vertebral body tethering (VBT) surgery. In this surgery the spine is supported by a rope and later it is screwed. Once the spine is in the correct position, a screw is placed in each part of the spine. VBT surgery is currently popular in several countries, including the United States, France, and Germany, but was first performed in the North African region.

– This problem is seen in children from birth

Salma is recovering after surgery at Burjil Hospital in Dubai. Doctors say he will soon be able to play tennis as before. According to sources, Salma’s parents first noticed in April 2022 that their daughter’s body was tilted to one side. He later showed the doctor that his daughter had scoliosis. Although this problem appears in children from birth, in many cases scoliosis occurs between the ages of 10-15. Most cases of scoliosis have mild symptoms and do not require surgery but in some cases scoliosis can lead to heart and lung related problems.

Speaking of Salma, she had a 65 degree bend in her spine. The consultant orthopedic surgeon at Burjil Hospital in Dubai, Dr. Firas Hasab led the surgery. Dr. According to Firas, scoliosis is found in many people. Such patients can be treated in 3 ways namely, observation, bracing and surgery. If a person shows mild symptoms of scoliosis it can be treated by bracing but Salma had a lot of curvature in her spine so she needed surgery.