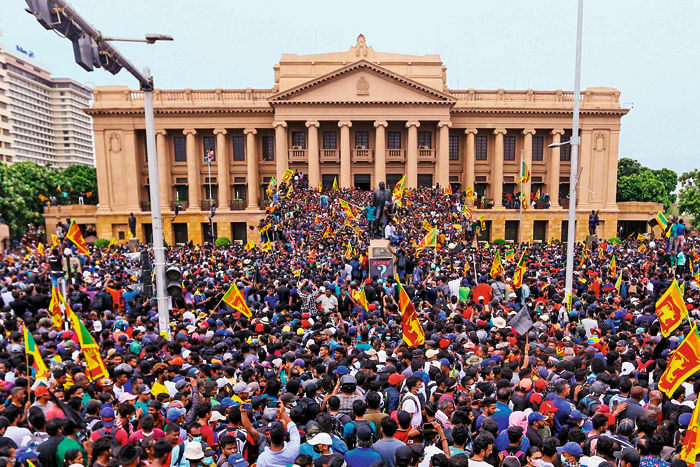 The political crisis has come to an end as the process for electing a new president in Sri Lanka is speeding up, but the economic crisis and the resulting hunger situation are far from over. According to the World Food Programme, more than 6 million people are at risk of starvation in Sri Lanka, which is in a dire economic crisis. Currently Moghwari is on top here. There is a severe shortage of basic items.

According to a recent report by the World Food Programme, there is a severe shortage of basic necessities in Sri Lanka and this is adding to the hardships of the people. Rising inflation has raised concerns about food security. According to a new assessment of food security by the World Food Programme, more than 6.7 million households in Sri Lanka have become food insecure. Inflation in Sri Lanka has reached record levels. As a result, 53 lakh people have reduced their food intake. They are avoiding nutritious meals. The agency said that $63 million is urgently needed for its life-saving aid in Sri Lanka.

People in Sri Lanka have to stand in queues for days for essential items like cooking gas, kerosene, gasoline, sugar, milk powder and medicines. According to the United Nations agency, 5.7 million people, including 2.3 million children, are in urgent need of humanitarian assistance. The Sri Lankan government is all set to introduce a country-wide fuel quota scheme. Under this scheme, the government will allocate a weekly fuel quota per vehicle on a national ID card. Each vehicle will be allotted a QR code after verifying its chassis number and details. Fuel will be allocated for two days of the week based on the final number plate figure. Apart from this, Acting President Ranil Wickramasinghe has decided to implement a relief program to provide fuel, gas and essential food items to the people.

Meanwhile, the Sri Lankan Parliament convened a special session on Saturday, in which Gotabaya Rajapakse’s resignation was read. The special session was called for the process of electing a new President on 20 July following the resignation of Gotabaya Rajapakse. Four candidates, including Acting President Ranil Wickramasinghe, main opposition leader Sajith Premadasa, leader of Marxist party Janath Vimukthi Peramuna Anura Kumara Dissanayake and former journalist Dullas Alhapparuma, are vying for the presidency to bring the country’s economy out of bankruptcy.