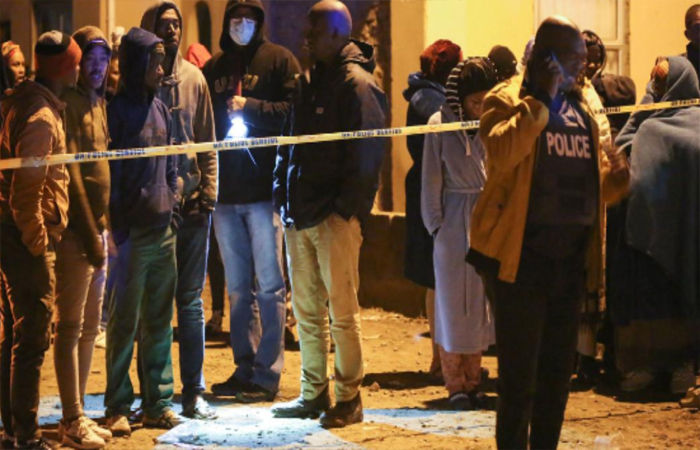 Police are investigating the incident. The incident happened late Saturday night. There a group of people in a minibus taxi came and opened fire on the guards of the bar.

The number of cartridges found at the scene also indicates that more than one person was involved in the firing, according to Gauteng Province Police Commissioner Lt. Gen. Elias Mavela.

Policeman Ilyas Mavela said the bar that was fired at was licensed. Many people were present here at the time of the incident. Suddenly the assailants started firing. However, it was not immediately clear what was the motive behind the firing.

Let me tell you, such incidents happen every day in America. On July 5, 3 people were killed in a shooting in Indiana, USA. The attackers shot 10 people. The incident happened in Gary of Brenia. The shooting took place in Chicago on Independence Day a day earlier. Afra-Tafari was horrified after the firing in the parade. Six people were killed and 24 were injured in the incident.