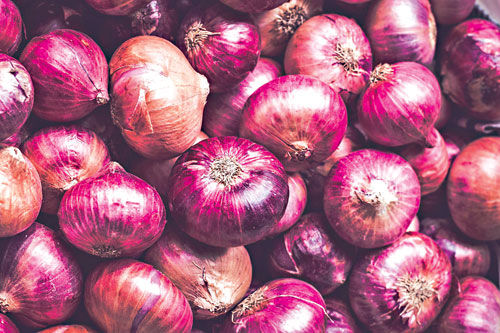 Onion (onion) markets in the country have recently seen a rapid reversal of trends. Market players are keeping an eye on the changes taking place in various factors. Meanwhile, indications that the overall onion production in the country is likely to decrease during the kharif season have come in for the first time recently. However, as the buffer stock of onion becomes huge, market experts are saying that there is less possibility of a situation like short supply. Preliminary reports are coming out that erratic rainfall patterns have adversely affected onion kharif production in Maharashtra. Apart from this, the possibility of reducing the area under onion cultivation in important onion producing states like Gujarat and Karnataka is also heard in the market. Out of the total production of onion in the country, the production of onion in early kharif season is about 30 to 35 percent in Maharashtra.

Meanwhile, the prices of onion and tomato have come down recently as per the claim made by the government. Government sources said that the price of tomato has decreased by 25 to 30 percent in the All India Retail Price. These sources added that the price of onion also remained lower by about 8 to 9 percent compared to the previous year. According to government sources, so far in the season of 2022-23, the government has purchased around two and a half lakh tonnes of onion and created a significant buffer stock, market experts were showing hope that the supply of onion in the country will be satisfactory. Before this, when the prices of onions were increasing, the government imposed restrictions on the export of onions and also imposed restrictions on stock limits. According to the Department of Agriculture and Farmers Welfare, a record 317 to 318 lakh tonnes of onion has been produced in the country. The off season of onion starts in the country from the month of August which lasts till December and generally the price of onion increases during this period. In the situation where inflation has increased significantly in the country recently due to various reasons, the onion price movement is now under intense scrutiny. The buffer stock of onion is being supervised by the Department of Consumer Affairs. Such a buffer stock has been created under the Price Stabilization Fund. The government through NAFED has recently purchased onions from farmers in Maharashtra, Gujarat and Madhya Pradesh.

Winter sown onion crop is harvested in April-June period. And the share of this crop in the total annual production of onion in the country is around 64 to 64 percent. After this, the second crop comes in October-November. The informants were showing the possibility that government-owned onions may come to the market after August. Onion crop has been affected in Maharashtra due to low rainfall in June and higher than expected rainfall in July. Many onion farmers have also been seen switching to cotton and soybeans.

This year, the prices of cotton and soybeans have risen significantly and due to this farmers are seen switching over. In Karnataka, the area under onion cultivation has decreased by about 15 to 20 percent. The demand for onion seeds (onion seeds) for cultivation in Gujarat has been less by 25 to 30 percent. There is talk in the market that many onion growing farmers in Karnataka are also switching to mung and sugarcane.