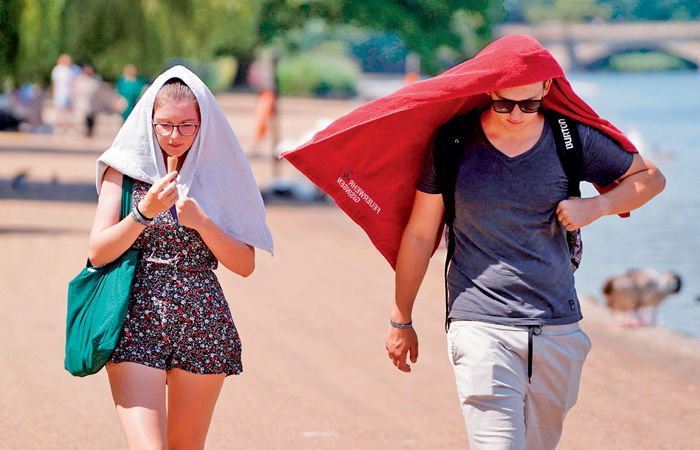 – Terrible fires in the forests of France and Spain

– 748 dead in last one month due to extreme heat in Spain-Portugal: temperature reaches 47 degrees

In addition, a terrible fire has spread in the forests of Giraud in south-western France. Monday night was very hot in many parts of the capital London. Britain’s Meteorological Department has issued a red-alert due to intense heat in Central, North and South-Eastern England including London. Besides, at least five people died of drowning while bathing in rivers and lakes to get relief from the extreme heat.

It will not be surprising if the temperature in some parts of England will touch 41 degrees in the coming days. For the first time in England, the temperature has reached 40 degrees. Britain’s weather scientist Rachel Ayers said the extreme heat could lead to road closures across Britain. While some trains and some flights may be cancelled.

London Mayor Sadiq Khan said that extreme heat had increased the number of fires in the city. Our fire service was under tremendous pressure. A heatwave has swept across Europe. In Spain, two people died in a fire caused by the heat and the Prime Minister said that climate change is killing us. In some areas of northern Italy, there is a severe drought.

Even in France, the heat has left me. More than 31,000 people have been forced to evacuate due to heatwaves in southwestern France. The head of the UN weather agency said he hoped Europe would take the heatwave as a wakeup call.