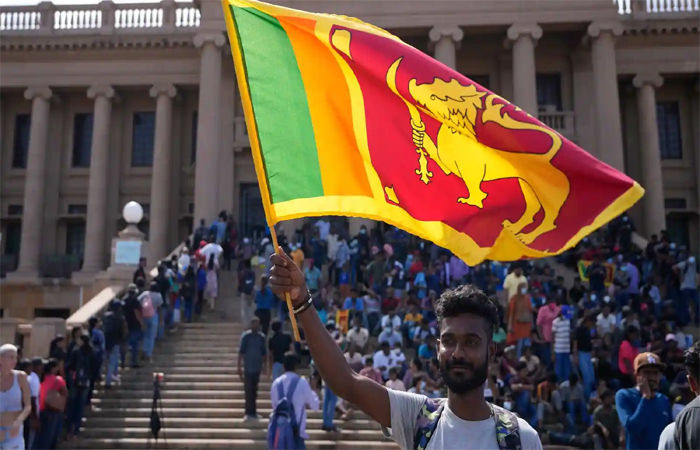 – Order to seize their vehicles by arresting the rioters

Protesters also occupied his office after the PM’s residence and climbed the balconies and waved the Sri Lankan flag. He also attacked the Parliament House.

Acting President Ranil Wickremesinghe has formed a committee of Chiefs of Defense Staff, IGPs and commanders of the three armies to restore law and order in the country and normalize the situation.

President to resign as promised: Speaker

According to Mahinda Yapa Abhayvardhan, Speaker of the Sri Lankan Parliament, President Gotabaya Rajapaksa has promised to resign over the telephone. Gotabaya Rajapaksa fled the Maldives before resigning after anti-government protests and has sought refuge in Singapore.

Read more: The President’s family fled the country before he resigned

Protesters have cordoned off the Parliament House and the PM’s House today and an emergency has been declared in Sri Lanka amid such tensions. Rajapaksa is currently in the Maldives and from there is going to Dubai. The mob had earlier occupied the prime minister’s personal residence and set it on fire.

The Sri Lankan people have attacked Parliament and the PM’s house after Gotabaya fled the country. They are being lathicharged. In the midst of all this, Prime Minister Ranil Wickremesinghe has had to declare a state of emergency in Sri Lanka. At the same time, rioters have been arrested and their vehicles confiscated.

A large number of protesters have reached the residence of PM Ranil Wickremesinghe and a large number of security personnel have been deployed there. Security forces fired tear gas and baton charges to control the crowd. At the same time, a curfew has been imposed in the western province of Sri Lanka.

Opposition to the Speaker’s name for the presidency

Gotabaya fled the country without resigning, sparking outrage. Also, they do not want to see Prime Minister Ranil Wickremesinghe as acting president. By law, the Prime Minister is made acting President of Sri Lanka following the resignation of the President.

Besides, news is circulating that Speaker Abhayvardhan will be made the presidential candidate. People are also opposed to that issue. An all-party government is to be formed in Sri Lanka. Opposition parties want Sajid Premdasa, the leader of the opposition, to be the next prime minister.