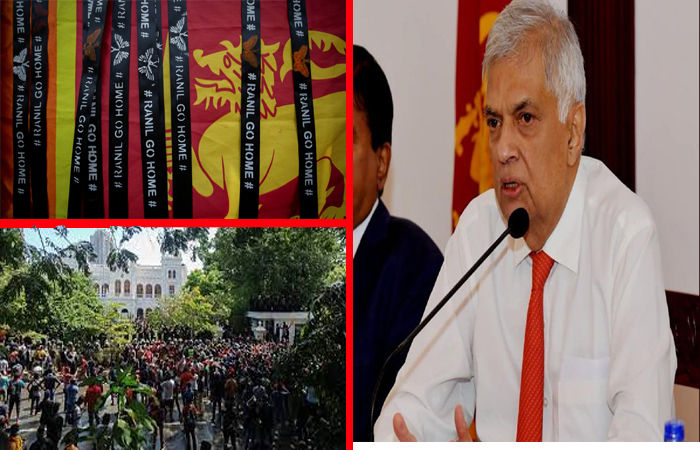 – Within a week, emergency was once again imposed

The situation of Sri Lanka which is facing economic and political crisis is getting worse. Due to this, emergency has been implemented once again in Sri Lanka from today. Acting President Ranil Wickremesinghe has ordered a state emergency.

It has been said in the order that in view of the economic crisis, emergency is being implemented from 18th July for law, order and smooth supply of essential items. Emergency was imposed earlier on July 13 following massive protests and demonstrations against the then President Gotabaya Rajapaksa.

After Rajapaksa fled the country, Wickramasinghe was made acting President. After that the emergency was lifted but now within a week the emergency has been applied again.

The Sri Lankan public, outraged that Gotabaya Rajapaksa fled the country, is now demonstrating with new demands. Demonstrators are calling for the struggle to continue until the regime changes by abolishing the presidency. In the past few days, he had also entered the Rashtrapati Bhavan. Apart from that, Parliament House and PM House were also surrounded. While the personal house of Ranil Wickramasinghe was also burnt.

Amidst all this, a relief news has come out for the people of Sri Lanka who are facing economic crisis. Sri Lankan state-owned company Ceylon Petroleum Corporation (CPC) on Sunday reduced the retail prices of diesel and petrol. Fuel prices have been reduced for the first time after a total of 5 increases since the month of February.

Retail prices of petrol and diesel in Sri Lanka have been reduced by Rs 20 each. At the end of May, the prices of both were increased by Rs 50 and Rs 60. Along with this, Indian Oil Company’s local management company Lanka Indian Oil Company has also announced that it will reduce the fuel prices.

Incidents of violence in fuel lines

The Sri Lankan government stopped the supply of fuel from June 27 last and only petrol-diesel is allowed for essential services. Miles-long queues are being seen outside petrol-diesel stations and there have been several incidents of violence. Around 20 people have been reported dead after spending several days in fuel lines.

Also read: This cricketer of the Sri Lankan team stood in line to get petrol for two days after leaving practice, got enough petrol to last two days.