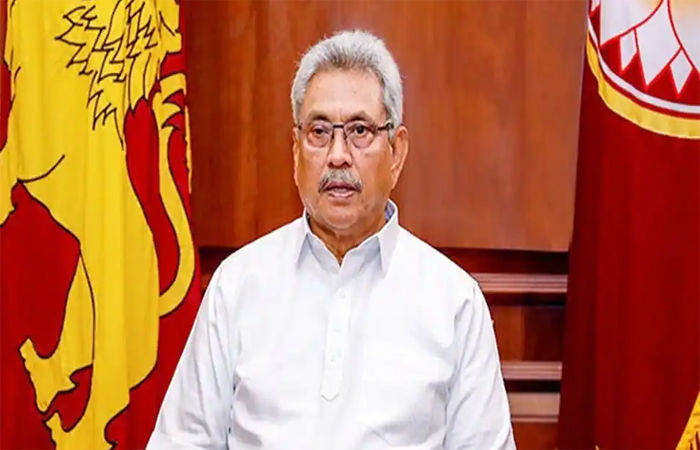 – 73 year old Gotabaya is a former army officer. He trained in jungle warfare in Assam

Colombo: Gotabaya Rajapaksa was once called a war hero in Sri Lanka. He is credited with eliminating the extremist group Liberation Tigers of Tamil Eelam (Litto) and bringing an end to the nearly 30-year-old civil war. Gotabaya, who was once regarded as a bully by the people, is now the victim of public anger. Gotabaya, the 73-year-old younger brother of President Mahinda Rajapaksa, is an ex-army officer who trained at the Count Emergency and Jungle Warfare School in the jungles of Assam in 1980.

Gotabaya had given his resignation letter because he was accused of ruining the country’s economy. The public stormed against him, and even occupied his official residence.

Sri Lanka is facing the most serious economic crisis since independence in 1948. Its foreign exchange reserves are almost depleted. It cannot afford to pay for food or fuel imports. So the prices of all things are increasing. Inflation has gone out of hand. The President made Rajiv Vikram Singh Prime Minister and tried to overcome the crisis for a few weeks but failed. He left the country on Saturday and reached the Maldives as riots spread across the country. From there he went to Singapore from where he sent his resignation.

However, he was also accused of violating human rights. He survived a suicide attack in 2006.

Such Gotabaya cost the friendship of China dearly. China started investing in its infrastructure. Observers say that it was because of Mahinda that the country got trapped in China’s debt trap. Unable to pay the debt, he had to give a 99-year lease of the Hamban-Toti port to China.