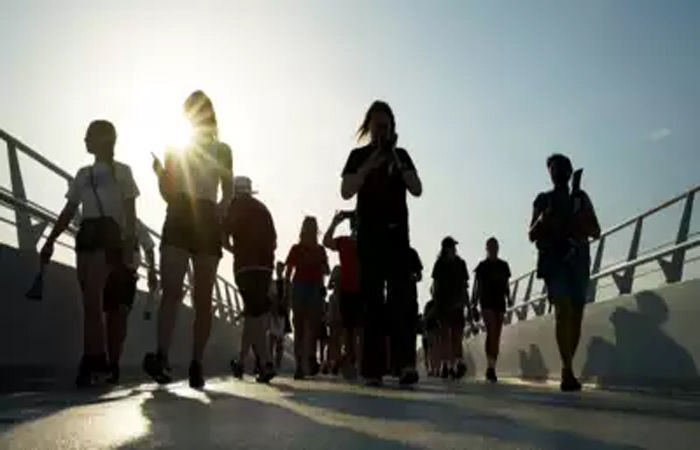 London: Heat has caused havoc in Britain. On Tuesday, the temperature in Britain also crossed the record 40 degrees Celsius. The situation is so serious that many roads have melted in this heat. It is now suspected that Britain’s infra. 40 degree temperature is not bearable. Water-pumping pipes, power transmission lines, roads and railway lines can be damaged if the climate gets too hot. If the rise in temperature continues, infra. The pressure will continue to increase.

This situation is not only in Britain but also in other European countries. In Spain and Portugal alone, the number of people who have died from the heat has exceeded a thousand. Britain’s existing infrastructure is at risk of overheating by around 20 per cent in the current climate. This threat is likely to increase with rising average temperatures.

Several houses have been destroyed in a forest fire in London. London’s mayor said it was the first time since World War II that UK firefighters had been busy for more than 24 hours. The heatwave has led to 2,600 calls to emergency services a day.

Khan said that the problem was that there was no rain during the entire month of July. Due to this, the grass became completely dry. This made it easier for him to catch fire. Then once a fire started, it spread faster than a fire in a Hollywood movie. At least 41 houses are believed to have been destroyed.

Train services were affected for the third day in a row due to bad weather in the UK. Cloudy weather and light gusts provided some relief. At least 41 properties have been destroyed in this fire. Temperatures have dropped, but the danger remains.