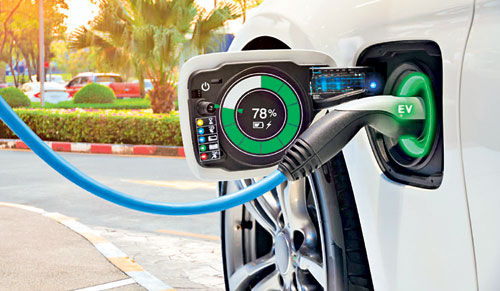 After almost five months, there are currently no signs that the Russia-Ukraine war will end in the near future. The war has not only seriously affected the global economy but also created an energy crisis. The prices of coal, gas and crude oil have increased drastically in most countries of the world. High prices of conventional energy along with disruptions in its supply have made the countries of the world think about how to achieve energy security for the future. Talking about India, 85 percent of crude oil consumption in India is for running vehicles.

After the electric two-wheelers, the recent fire incidents in four-wheelers have alerted the vehicle buyers as well as the financing companies. Just as conventional petrol-diesel vehicles get auto finance easily, it has to be ensured that electric vehicles get finance easily. Easy financing has played a major role behind the boom in auto sales over the past two decades. More than 80 percent of petrol-diesel vehicles are purchased through loans.

It cannot be denied that crude oil and gas prices will fall after the end of the war, but such a situation is not the first or the last. Even before this, India has experienced shocks of high crude oil prices several times. The current crude oil crisis resembles the Arab oil embargo in the 1970s and the crude oil crisis during the Iranian revolution. In the 1970s, both these events gave crude oil shocks to the countries of the world. Apart from this, even before the global financial crisis of 2008, the price of crude oil rose to over 140 dollars per barrel. Due to high prices, the fiscal calculations of many governments of the world were disrupted. If such calculations are to be prevented in the future, it is necessary to reduce the consumption or dependency on petrol-diesel. If the country’s economy is to be sustained even without petrol-diesel, its first condition is the large adoption of electric vehicles. The adoption of electric vehicles will not only reduce the import of petrol-diesel, but it will also help in maintaining the fiscal health of the country. However, for this, steps are necessary from the government to make electricity cheap and safe.