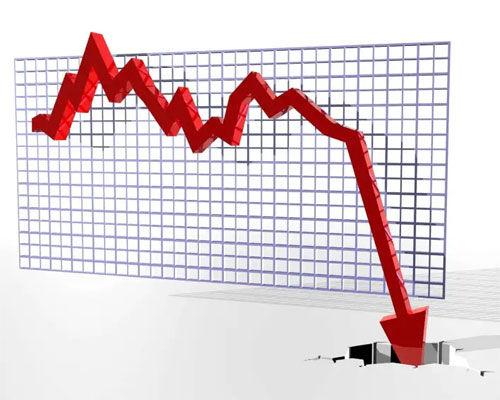 – The Conundrum of Economics – Dhawal Mehta

When a person falls ill, his body temperature rises, he feels nauseous, he feels pain in his heart, he feels dizzy, his body becomes pale, etc… The economy also falls ill like our body and economists have many indicators to know it. has formed. Just as a patient is given drugs, injections, or surgery to cure a female patient, economists use (1) Fiscal Policy (2) Monetary Policy (3) Trade Policy (4) Direct Controls including various types of restrictions ( (such as rationing of commodities, import-export controls, foreign capital controls, foreign exchange restrictions, etc.) include and modify them. As with antibiotics, the side effects of the above government remedies can be serious. Dat. If you increase the bank rate by a large amount to curb inflation, the economic growth rate of the country decreases as production decreases and foreign currency also flows out of the country. A big cut in direct and indirect tax rates to stimulate demand means that as the government’s revenue falls, it has to curtail many activities, cutting essential services like education, health, defense etc. Make electricity free to get people’s votes, give huge subsidy on fertilizer like the present government is giving, give free food grains, do other charities for people, get foreign money loans for many expensive projects, then government will provide basic services like education and health which in English is social infrastructure. does not stand up or its quality deteriorates. Listed below are some important signs of female astrology.

A country’s national income is measured every three months. It becomes a matter of concern if the country’s national income goes from seven to six per cent year-on-year, and then to five per cent or four per cent, or every quarter from the previous quarter. But if this national income goes down to zero and then shows a negative growth rate (which happened during the covid period) then it is a very serious matter and the country’s economy gets stuck in recession. In the year of Covid 2020, India’s economic growth rate decreased to minus 3.4 percent compared to the previous year. Which is now positive around seven percent. Economists also divide national income into three parts: agriculture, industry and services. The quarterly and annual growth rates of each of these sectors are also measured. If there is a continuous decrease in it in every quarter and in the last two-three years, then it can be said that the economy is pushing towards recession.

The activity of analyzing the economic causes by dividing them into the above three parts is part of the monitoring of economic performance. The division used in economics is called the structure of an economy. Along with increasing or decreasing income of GDP, if income and wealth inequality is increasing in the economy of the country, then it can be considered as an economic disease.

Investment is the lifeblood of any country’s economy. A gradual decline in domestic or foreign investment is a matter of concern. Is. Total capital investment in India was 36 percent of its national income in 2007, which has declined to 28 percent in 2021. China has advanced by leaps and bounds as its average investment rate is 44 percent of its GDP.