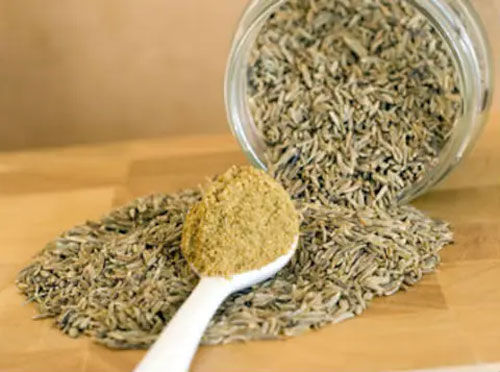 Kharif planting has been boosted with 54 percent rainfall in the state at the beginning of monsoon. Especially in Kutch and South Gujarat, the happiness of the farmers has doubled as almost 100 percent rain has been received. However, the current situation is that kharif farming has benefited greatly against the fear of slight loss of crops like cotton, groundnut, paddy and pulses due to flood-like conditions in some places. “More emphasis is being laid on oilseeds in kharif planting. As the state’s crop-water picture has changed in the past fortnight, new crops and boom-bust equations are emerging in agricultural markets. If the monsoon is good this year, agri commodities can get a huge boost.’

At present seven per cent inflation in consumer goods has become a headache issue for common people. Due to the ongoing recession at the global level, edible oil and crude oil are getting relief at the local level. India is benefiting from market collapse due to fears of stockpiling as supply outstrips demand in Malaysia and Indonesia, the largest exporters of palm oil. In the last two months, 40 percent of the market has fallen. However, India has increased its purchase of palm oil from Malaysia and Thailand due to Indonesia’s strong stance. Last month, India imported 5.90 lakh tonnes of palm oil. Due to the increasing corona virus in China, due to the lockdown of many cities again, the reduction in consumption is affecting the crude oil and edible oil. Along with palm oil, the import of sunflower oil also decreased by 1.19 lakh tonnes last month in the country’s edible oil market.

Prices are going down after breaking the $100 level due to fears of a decrease in the demand for crude oil due to the increasing strength of the dollar at the global level. At the same time, the market is collapsing due to widespread impact in metal and gold and silver. The government has also started tightening the import and export of gold and silver. In order to control the increasing smuggling of gold and silver, efforts have been made to tackle the illegal business by including import-export in the control list. Henceforth government approval has been made mandatory for import and export of gold and silver. The new rule has been implemented from 12th July. As a result of which there has been a significant decline in the gold-silver market. Gold prices fell to Rs. per 10 grams. 50700 and silver prices per kg Rs. It has come to a low level around 56000. Along with China, the increasing number of corona cases in the US and the UK also affected the base metal, especially the copper market, which is at its lowest level in the last 20 years. There has been a decrease of 21 percent in the last one month. At the same time aluminum and Aryan market is also going towards decrease.

Meanwhile, the government is getting a good response from the country by giving the green light to do the import-export business with some countries in rupees due to dollar. The government has undertaken an exercise to change the foreign trade policy to conduct trade with the banned countries Russia, Iran and Sri Lanka in rupees. Which is to be announced next September. The government is also emphasizing to increase trade with banned countries like Russia and Iran. In this regard, there has been a widespread demand that the exchange of incentive funds received by the exporters should also be done in rupees. However, it is stated that government approval is necessary for doing foreign business in rupees.

On the other hand, due to rainy conditions in the state, the agricultural markets are very sluggish due to lack of goods receipts. However, in the last week, the prices of good goods have been at the level of Rs 4,000 to 4,200 per maund, which has increased by Rs 100 to Rs 150 in the current market as foreign and domestic demand of cumin has opened. While the cumin seeds are also worth Rs. It has been at a high level around 226. Average prices are in the range of 1900 to 2200 against revenues of 800 to 1000 bags in fennel. In fennel, this year’s take-up has also been limited due to high prices against a low crop. However, the market is holding up due to the uptake of exporters. The season is now over in Isabgol. The average trade of two to two and a half thousand sacks of Isabgol has been in the range of 2950 to 3050. However, the market remains at a high level as foreign borrowing continues. Since the prices of cumin seeds are at a high level this year, cumin seeds continue to be the best choice of farmers for planting after Diwali. Along with cumin seeds, coriander has also seen a boom in the market due to festival demand. However, there is a discussion among traders that the impact of boom and bust in coriander is time-dependent as the crops are good in other coriander producing countries Russia and Singapore and the crops are expected to come in the market next September-October.