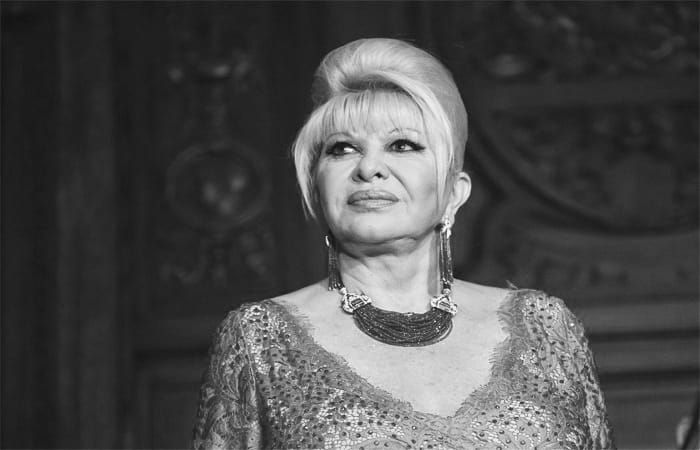 – Ivana Trump, the first wife of former US President Donald Trump, has passed away in New York at the age of 73 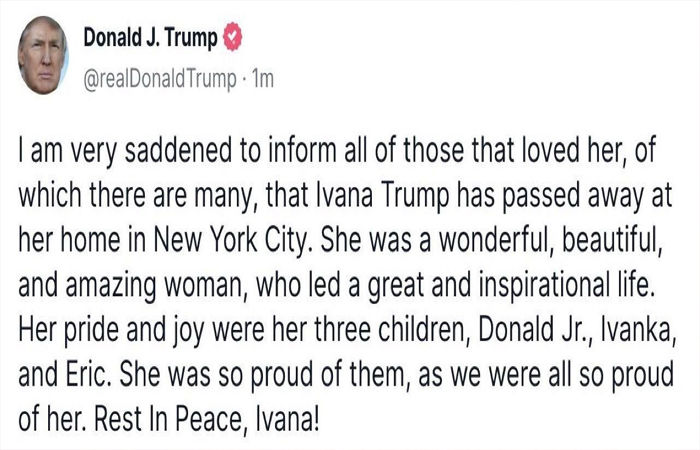 Trump posted on his social media platform Truth Social that his first wife Ivana Trump died on Thursday at the age of 73 in New York City. Trump wrote in the post that Ivana Trump’s 3 children Donald Jr., Ivanka and Eric are very proud of her. We were all very proud of Ivana. ‘Rest In Peace, Ivana‘.

At the same time, Erica Trump posted a tribute to her mother on Instagram and wrote, “Our mother was an incredible woman.” A powerhouse in business, a world-class athlete, a radiant beauty and a caring mother and friend. He will be greatly missed.