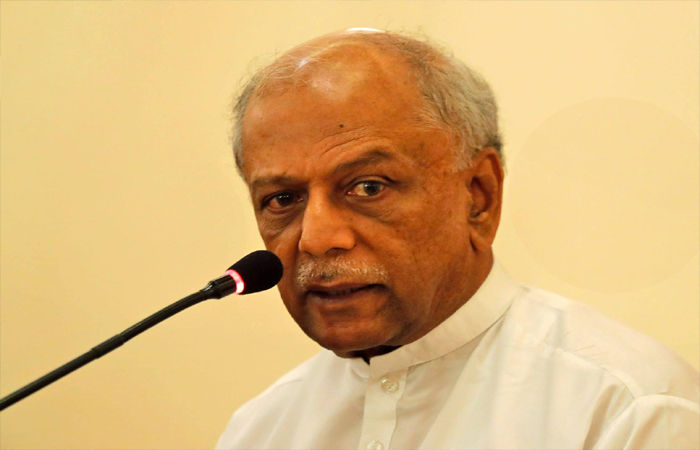 Gunawardene was the education minister in the last Gotbaya-Mahinda government. His family has deep ties with India. Gunawardene’s father, Philip Gunawardene, fought for India’s independence.

Philip Gunawardene had been a classmate of Jayaprakash Narayan and VK Krishna Menon at the University of Wisconsin. He advocated independence from imperialism in American political circles. Later he also headed the Indian Anti-Imperialist League in London. Few people know that their family has a close connection with India. The entire Gunaward family has pro-India leanings.

He took refuge in India during the Second World War

After fleeing Sri Lanka during the Second World War, the Prime Minister’s father Philip and mother Kusuma took refuge in India. He became one of those underground workers. who were fighting for freedom and escaped arrest for some time. In 1943, both of them were captured by the British Secret Service. He was kept in Arthur Road Jail in Bombay for some time. A year later Philip and his wife were deported to Sri Lanka and released only after independence.

Philip and Kusuma were elected MPs after Sri Lanka’s independence

After Sri Lanka gained independence from the United Kingdom in 1948, both Philip and Kusuma became members of Parliament. Philip was a founding leader and cabinet minister of the People’s Revolution government in 1956. All four of his children have also held high political positions including Mayor of Colombo, Cabinet Ministers, MPs etc.

Dinesh Gunawardene, who has a clean image like his parents, has maintained good relations with India. He has been a powerful cabinet minister for over 22 years.